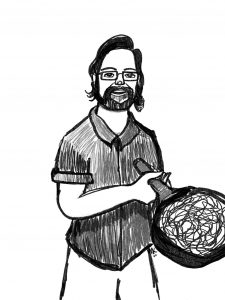 Jonathan Ammons is an essayist and journalist, bartender, musician, Southern native, and avid traveler. A contributor to Salon, Mashed, 100 Days in Appalachia, Mountain Xpress, WNC Magazine, Asheville-Citizen Times, Bold Life and Paste Magazine, he also helped open Asheville’s MG Road cocktail lounge, and has worked and staged at Chicago’s Aviary by Grant Achatz, as well as the Bazaar by Jose Andres in Los Angeles. He founded the Dirty Spoon in 2015 with Catherine Campbell, eventually turning it into a radio show. He serves as the show’s producer, co-host, showrunner, scriptwriter, DJ, and audio engineer, and writes some of the original music. Follow his exploits as he eats, drinks, and stumbles his way through his beloved Southern culture on twitter or instagram. 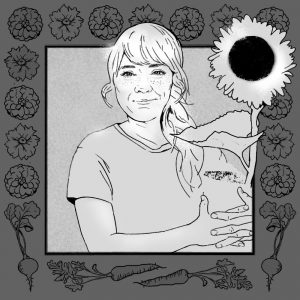 Lexie Harvey is a community and events organizer, gardener, occasional set designer, and enjoys a good mise en place. She is an MA candidate in Critical Craft studies at Warren Wilson College where she researched and gathered oral histories of counter-cultural crafts communities. Raised in the wetlands of coastal GA, Lexie’s writing and research draw a lot from her experiences with roadside food stands, flea market snacks, and small-town kinship. She collects stories and is the editor-at-large for the Dirty Spoon. Find more of her work on Instagram @agreatlake. 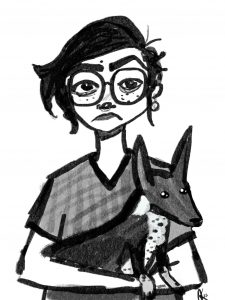 Alex Knighten is an artist and local cryptid. A lifetime love of food was developed while working in the Asheville restaurant scene, where she was able to learn from some of the best culinary minds in the city. When not making art for the Dirty Spoon, she can be found selling copious amounts of smoked barbecue off of the Bear’s Smokehouse food trucks. Her hobbies include traveling to places for the sole purpose of eating street food, drinking at dive bars, and making weird art. She illustrates most of the stories and helps find other artists for Dirty Spoon. Find more of her work here. 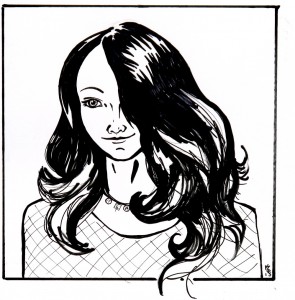 Catherine Campbell is a novelist, essayist, and editor. Her work appears in The New York Times, McSweeney’s, The Rumpus, The Millions, Writer’s Digest, Kenyon Review, and elsewhere. Catherine holds her BA in Creative Writing (UNC-Asheville), her MFA in Creative Writing (Queens University), and formerly taught as an adjunct at Lenoir-Rhyne University’s MA in Writing program. Born and raised in Appalachia N.C., she adheres to Southern cooking traditions and homesteading. She currently helps keep the engines running behind the scenes at Dirty Spoon. Find her on Twitter @TheCatCampbell