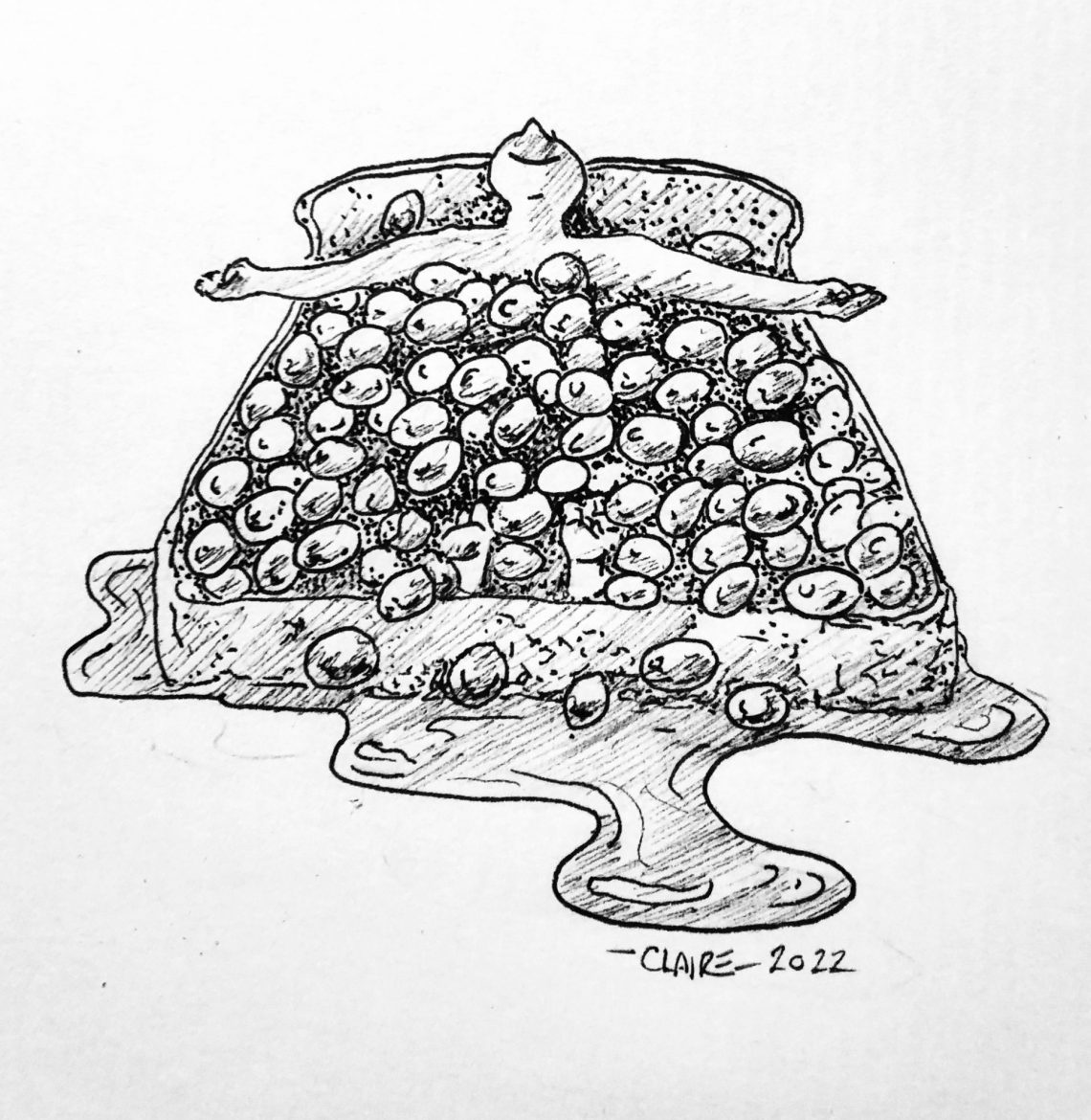 I’m writing to recommend the quintessential British dish you’ve never heard of and my ultimate comfort food. You see, I didn’t grow up on American comfort foods like macaroni and cheese or tuna casserole. I grew up with Beans on Toast. Ask someone to name a classic British dish and they might say fish and chips or shepherd’s pie. But a can of baked beans poured over toast? …hear me out.

My family immigrated to the United States from England in the mid-1970s. Back then there was no such thing as Modern British Cuisine; there was no Jamie Oliver, no Nigella Lawson, and no Gordon Ramsay. What conjured home to my mother was a traditional Sunday roast dinner, with Yorkshire puddings and all the trimmings. Or sausage rolls or steak and kidney pie. You get the idea.

But these weren’t (and still aren’t) the type of dishes you could throw together on a weeknight after work or when your little kids were feeling homesick in their new world.

And, as anyone who has ever lived abroad can tell you, it’s difficult to recreate those familiar tastes. Even if you are able to find the necessary ingredients or seasonings, the finished dish may feel lacking.

Beans on Toast is exactly what the name implies: a generous ladle of canned baked beans layered over two slices of buttered white toast arranged side-by-side on a plate. It really sings when the toast is slathered, well, honestly, it should be dripping in butter. The oily rings float across the sweet tomato sauce, which has enough tang to keep the flavors in balance.

Beans on Toast is a quick dinner, an afterschool snack, or even breakfast. After a long day, with no energy left for cooking, Beans on Toast is the perfect meal, ready in less than 10 minutes. And like most comfort foods, it’s especially welcome when your spirits are dampened and you’re in need of a culinary hug.

While Beans on Toast is a hallmark of British cuisine, it’s not something you’re likely to find on a restaurant menu. And it certainly isn’t a dish that lends itself to artisan interpretations. I wouldn’t ever consider using “housemade” baked beans for Beans on Toast and the only extra flourish I approve of is a fried egg, its runny center marbling with the beans to create a thick, silky sauce.

Beyond its downright deliciousness, there are plenty of common-sense reasons to recommend Beans on Toast. It was cheap. It doesn’t require any specialized equipment or skill in the kitchen. And with minimal effort, your results will be consistent. Apart from burning the toast, it’s almost impossible to flub.

I imagine my mother turned to Beans on Toast when she was feeling homesick because it was quick and relatively foolproof to recreate. It was the answer to “what’s for dinner?” when she was too fed up or tired to cook.

But what’s especially telling to me is that she turned to one of the most egalitarian meals in the British food canon.

My parents had emigrated to escape the rigid British class system and the prescribed order it imposed on their lives. They were from working-class backgrounds and, like many immigrant families, the opportunities they sought were largely for their children.

As they started their lives over in America, both my parents went to work in low-paying, unskilled jobs. Once my sister and I were old enough to be left alone, my mother worked full-time on a factory assembly line.

My sister and I were stereotypical latch-key kids of the 1980s.  After school, we came home to an empty house; there were no fresh-baked cookies waiting for us – we were on our own when it came to after-school snacks.

Beans on Toast was probably the first meal I cooked myself. Coming in from the school bus tired and cold, my sister and I would make Beans on Toast before settling in to watch an episode of Little House on the Prairie. As we followed the adventures and hardships of the homesteading Ingalls family, we happily devoured our thoroughly British snack, feeling the quiet embrace of our mother even though she was still at work.

It seems odd to feel a connection to a culinary tradition that has its roots in a 1927 marketing campaign for Heinz Baked Beans – which is where Beans on Toast originated – but I imagine it’s similar to the attachment many Americans feel for Nestle Toll House cookies or Libby’s Pumpkin Pie.  Despite using ordinary packaged ingredients, there is an alchemy that transforms the final dish into something greater than the sum of its parts.

For me, Beans on Toast conjures those early childhood memories and some of the humble British traditions that my parents carried on in America.

In the same vein, I’ve passed Beans on Toast to my own son.  It started when he turned up his nose at what I’d fixed for dinner one night.

It had been years since I’d made Beans on Toast, but it came to me as a quick fix in the moment. As I suggested it, I rubbed my hands together in anticipation and looked forward to revisiting the flavors of my childhood.

“I think you’ll like it,” I said, casually stirring the saucepan of beans and trying not to overhype the moment.

When I placed the steaming plate on the table and watched as he took his first tentative bites, I saw his eyes widen, then close in delight.

“Mmm, mmm, mmm,” he buzzed, his head bobbing appreciatively as he chewed and smiled. When he mopped up the remaining tomato sauce with his toast crusts, my heart swelled.

Since that introduction, Dear Listener, I can’t recall a time when my thoroughly American teenager has turned down an invitation to eat Beans on Toast.

When I see him dragging a bit or I don’t feel up to cooking, “Beans on Toast?” is both a question and an answer.

He’s even taken to making it himself from time to time.

I’ve watched him adopt the same afterschool rituals – though TikTok videos stand in for Little House on the Prairie re-runs – and good ol’ Beans on Toast has become a reliable part of his repertoire.

I hope he feels the same way I do with every bite: surrounded by love, comfort, and a feeling of home, anywhere in the world. 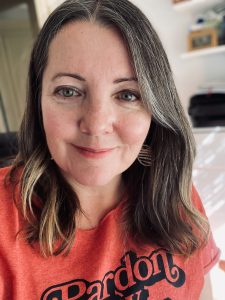 Rachel Bucci is a writer living in Salem, Oregon, where she crafts stories about travel, food, interior design, health and wellness. She also works with nonprofits, using storytelling to connect with their members and supporters. In her spare time you might find her browsing a museum, hiking the Cascades or picking cherries, all in the name of research.  You can find her at rachelbucci.com. 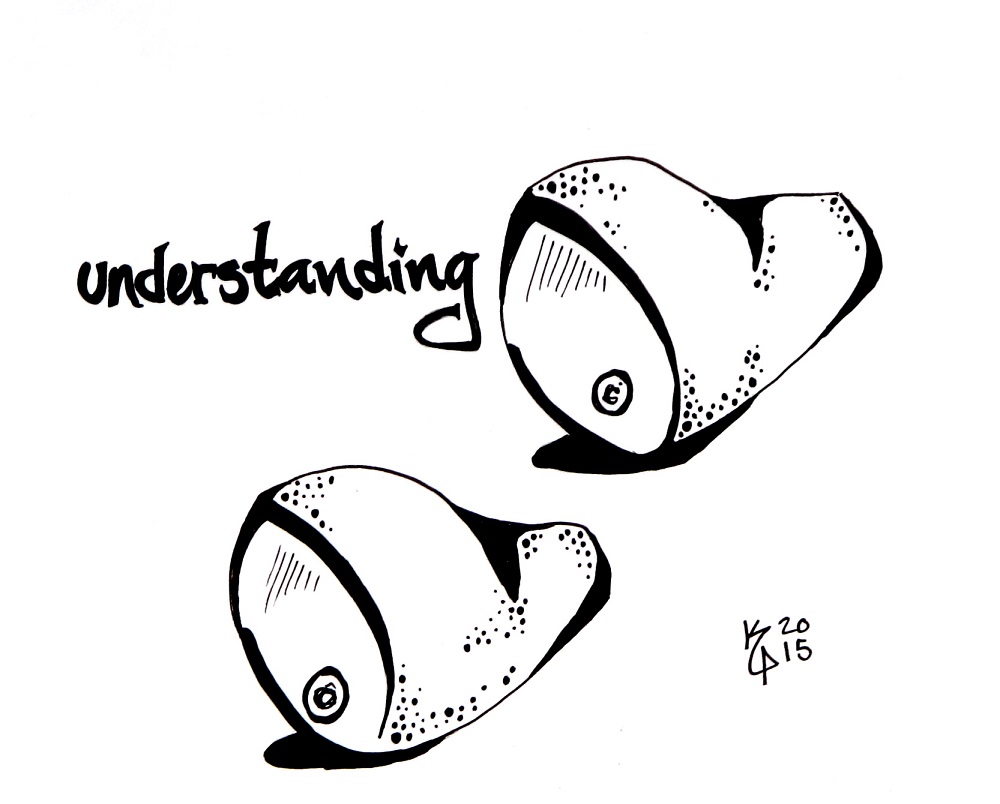 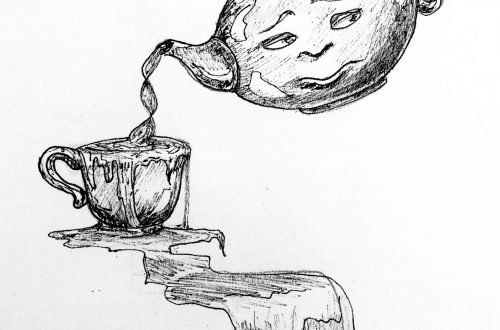 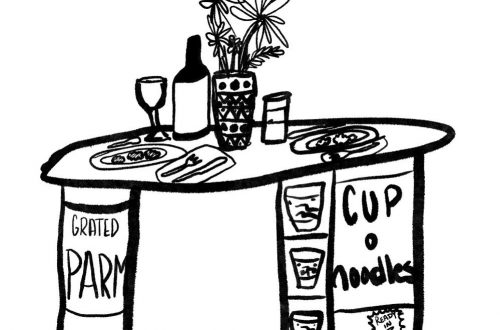