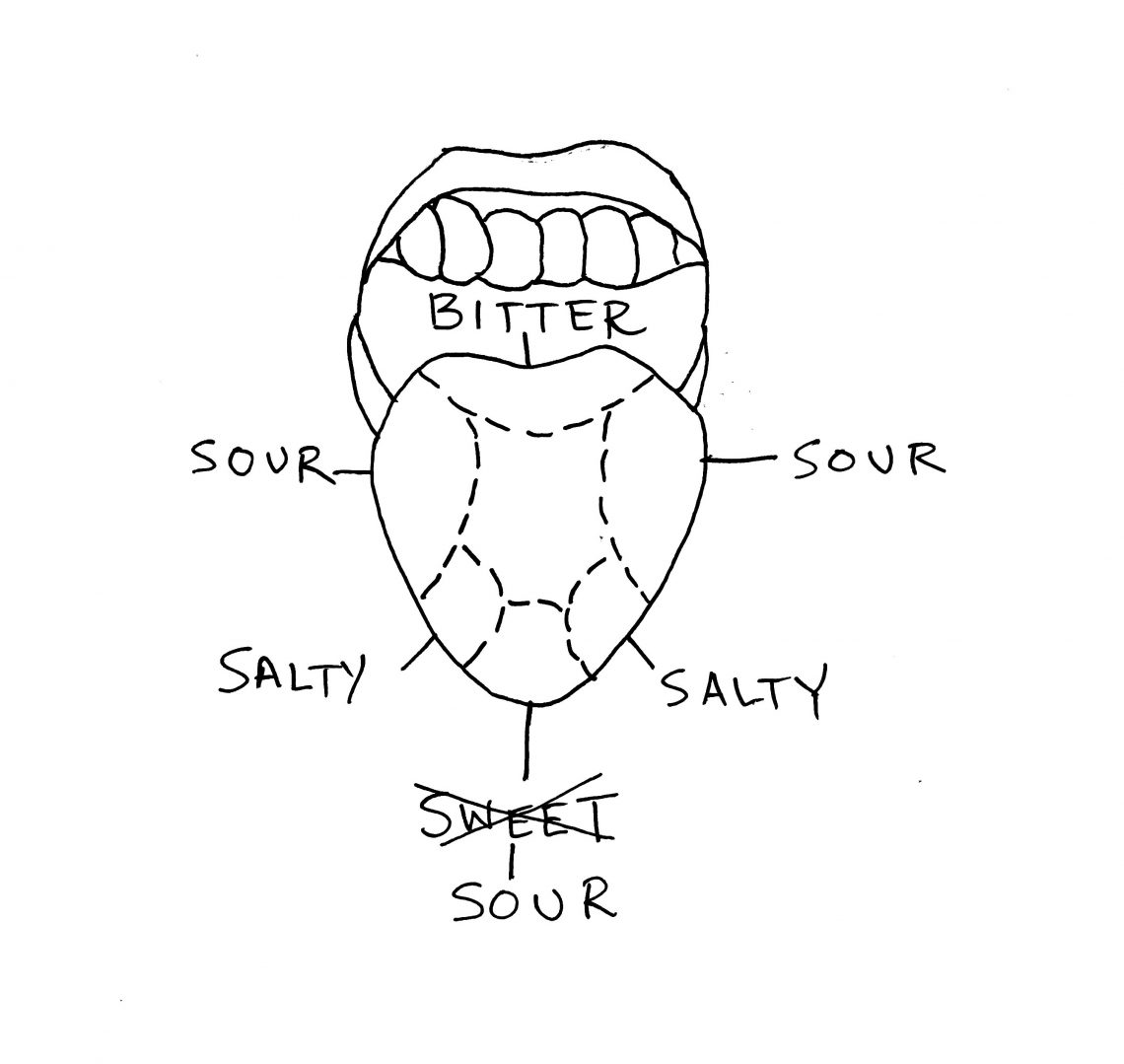 That September evening, I texted my final reply: “This message serves as my resignation from this position.”

My stomach sank as I slid my phone back into the top drawer of my classroom desk and adjusted my blazer’s lapels. I wished the relationship didn’t end so abruptly and impersonally, but after several weeks of aggravation and escalation in this minimal-benefit job, I had to free myself.

After several weeks of aggravation and escalation in this minimal-benefit job, I had to free myself.

It started on Thursday, August 1, 2013, a warm evening balanced by a light breeze. I walked directly to the bar at Treno Pizza Bar, as my emailed instructions from the day before told me to do. Todd greeted me with a smirk, accompanied by a perfunctory, “How’s it going?”

He donned a vibrant blue baseball hat, sitting atop his bald head, and his black t-shirt lay snugly against his chest and biceps. When he stood, I saw that he fit the 5’11” frame description he’d provided me in his email the day before so I’d know who to expect. He shoved both hands in the front pockets of his khaki shorts, his elbows pushing outward like wings, as he swayed slightly back and forth on his heels and toes. After three of us arrived, he  made small-talk while we waited for the fourth contender.

Once she arrived, Todd escorted our group to a four-seater booth. I slid toward  the window, and the other woman sat next to me; the two men sat across from us, while Todd sat at the exposed end of the table on a wooden chair he’d taken from a nearby two-top.

Todd and I had communicated via Craigslist and a preliminary email application for about one week leading up to that Friday night, which was our next step in our onboarding process: a tryout meal where we’d order food to share and soft drinks, and, in a written report due the following evening, showcase our ability to follow instructions, memorization skills, and writing ability. That evening we’d be testing the staff in terms of customer service and sales.

At the table, Todd introduced everyone to each other and asked us to share our purpose for becoming a mystery shopper.

At the table, Todd introduced everyone to each other and asked us to share our purpose for becoming a mystery shopper. I told the group how much I loved writing and trying new foods, and how I felt this new job would be a perfect combination of the two. While that answer was true, I also thought this moonlighting opportunity, in conjunction with my teaching salary, seemed like minimal effort for a free meal, a little extra cash, and a resume builder.

He outlined the expectations of a mystery diner before, during, and after each meal. Our entire conversation was whispered because he did not want the waitstaff to overhear anything — this was a live meal, he emphasized in his instruction email, so we had to be as inconspicuous and professional as possible.

During our 75-minute meal, we dined on an appetizer, entrée, and dessert, while Todd highlighted testimonials of clients and mystery diners alike. When Todd wasn’t narrating the standards of service we should be looking for, he bragged about his clout as a restaurant mystery reviewer.

He explained that when he’d be reading our tryout reports the following night, he would be  primarily interested in our retention of how well the server described food items under our consideration and pace of the meal, as well as our ability to vividly detail the food items we ultimately ordered. In addition to the customer service notes, Todd expected us to complete the report template to discuss the restaurant’s ambiance; the food’s flavors, temperature, and presentation; and other areas of concern.

That night he handled the bill, but in our future assignments, it was each mystery diner’s responsibility to photograph all food items, scan the receipts to be later reimbursed, and capture the entire visit through detailed reporting due within 24 hours of the meal.

As someone who held a bachelor’s and master’s degree in English, and with a career in teaching writing and literature courses for over four years at that point, I assumed writing these reports would take less than the suggested 1.5 to 3 hours Todd noted.

My first report came back with edits — grammatically incorrect and syntactically awkward edits. Nonetheless, I accepted the edits and returned the document. Shortly thereafter I received my meal reimbursement and a $15 payment.

My first report came back with edits — grammatically incorrect and syntactically awkward edits.

Over the next five weeks, I was assigned four restaurants to review, which included two American restaurants, one pan-Asian restaurant, and one eclectic French restaurant. Although the food was delicious at each location, the tiresome work was hardly worth the effort.

Each restaurant was located approximately fifteen miles or more from my home, which meant I spent nearly the same time traveling to and from as I spent dining. That $15 payment  never reached my pocket or my bank, as it was automatically eaten by travel and, sometimes, parking costs. Ultimately, I was unpaid for my labor. But that wasn’t all.

The French restaurant’s pacing was incredibly slow, totalling over three hours, and Todd admonished me for writing that fact in my report. He scolded me for many true statements I made, that I wasn’t being objective enough. Numerous statements were ultimately degraded and redacted before he’d send the final draft to the client.

He scolded me for many true statements I made, that I wasn’t being objective enough.

Todd often criticized my pictures as low-quality: either they were too dark or too fuzzy, or they didn’t adequately portray the items I ordered.

I burdened myself to write my reports with as much accuracy and precision as possible because Todd was quick to “correct” my diction and syntax, often resulting in misplaced or dangling modifiers or odd usage, yet he never provided a rationale for any and I didn’t feel confident to dispute them. Kara, one of Todd’s mystery diners from a few months before my time, told me I wasn’t alone. “Many of his edits made little sense and arbitrarily applied without explanation and contradicted commonly held writing advice,” she later told me. She, too, held a master’s degree in English and felt perplexed by Todd’s unnecessary edits.

One time, after having spent a couple of hours to write a report the same night as the restaurant visit, as well as an hour of my teaching prep period the following day, Todd furiously texted me, asking why I’d transposed the words “brie” (that was on my hamburger) with the “brioche” bun, sandwiching everything together, implying I was inept at being a mystery diner.

I apologized for my oversight but it wasn’t good enough for him.

He texted me back that if I couldn’t get these reports correct on the first try, then he couldn’t see himself assigning me any new restaurants. Kara said she received a similarly unprofessional response when she quit.

Without hesitation, I texted him my final reply that I was resigning.

Kara eloquently put into words what I felt in that final moment: “The prospect [of this job] sounded great: eat out for free, write up a short report, and earn a few bucks.” However, she and I both came to realize in just a handful of weeks that what sounded great in theory was quite the opposite in practice and reality.

I’m not sure if my poor experience as a mystery diner was the result of not having much background in the food industry, or if I worked with a sole proprietor like Todd versus an auditing company with many employees. But aside from a few tasty meals, the experience of being a mystery diner ultimately left a bad taste in my mouth, one I likely will never repeat.

*Names of people have been changed to protect privacy.

Christine M. Estel lives and writes in the Philadelphia area. Her work has appeared in Family Story Project, The Mothership, The Progressive, Women in Higher Education, The National Teaching and Learning Forum, and other publications. Follow her on Twitter. 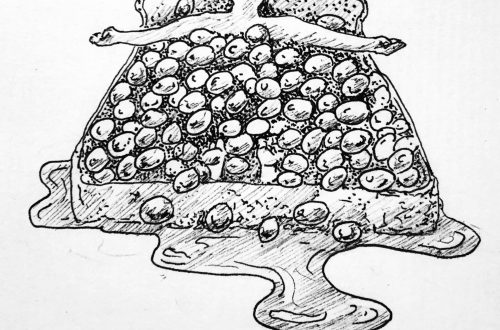