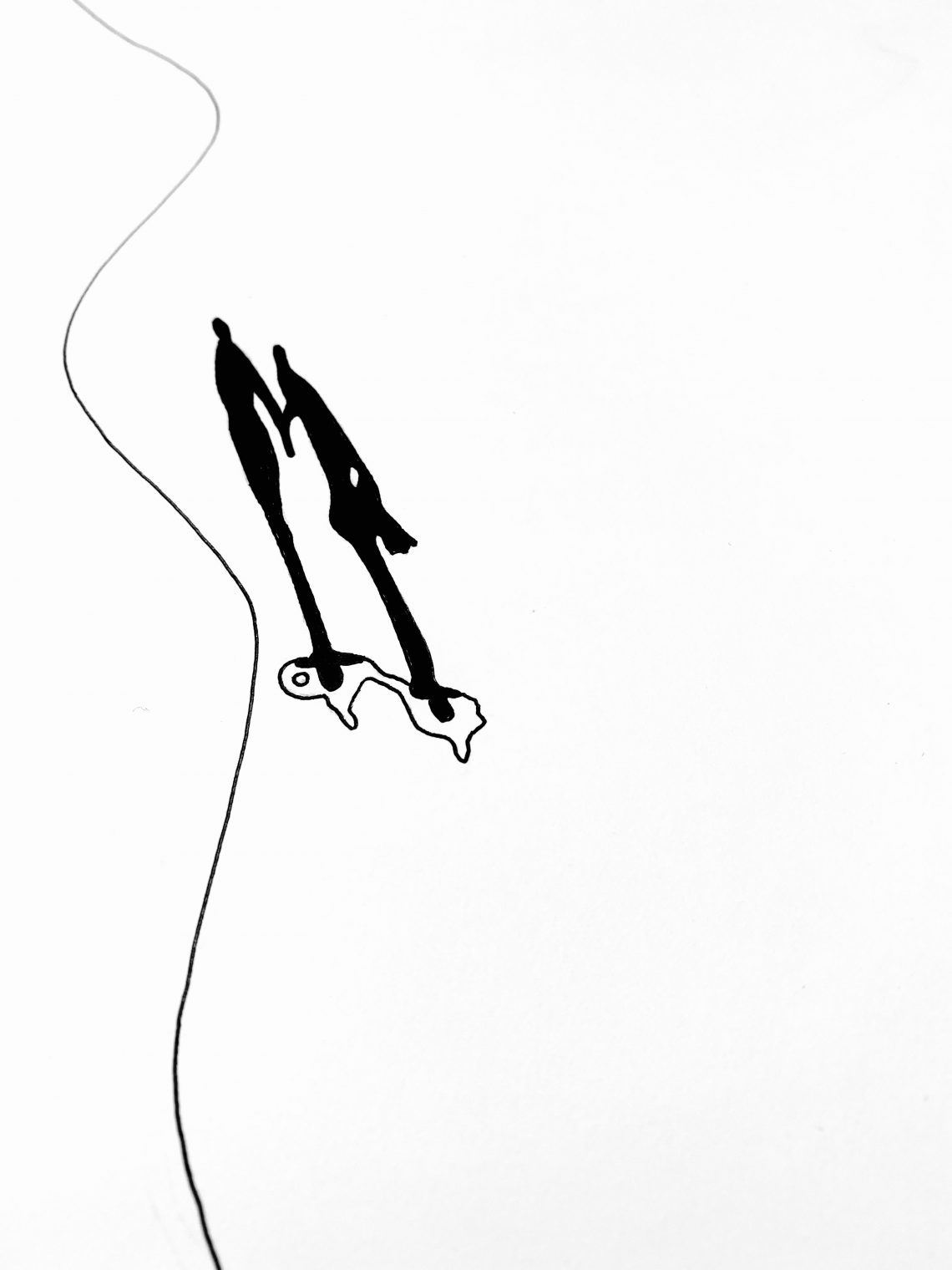 It’s a hot summer day, so you go to the beach for sun and surf. You might be lazing around, soaking up rays, or romping in the water, but other people are working hard at the beach. It’s not just the lifeguards who are on duty, nor the Parks Department workers who maintain the comfort stations. There are folks who walk along the sand, selling drinks and snack foods. They have a heckuva physically demanding job.

Two summers ago, my family and I visited Jacob Riis Beach in southern Queens on a weekend afternoon. An enterprising guy walked around with a heavy bag, calling out “Nutcrackers! Nutcrackers!” I wasn’t sure what he was selling, but then people on a nearby blanket called him over. I watched as he furtively showed them plastic pouches, and explained what types of mixed alcoholic drinks he was selling.

I assumed this was probably not legal. (It’s not.) I watched him make a few sales to our beach neighbors, and then walked onward.

Maybe you’ve seen these workers: almost always male and mostly young, strolling along the sand, selling water and soft drinks, pretzels, ice cream, knishes, and other munchies. I remembered a junior high school classmate, Rich, who did this when we were younger, and wondered more about what this kind of hard gig entailed. So I went in search of answers.

“I sold ice cream on the beach, for one day, and that was enough for me!”

I reached out to Rich from junior high, as well as my high school classmate Larry, and a few other people on a Facebook page devoted to reminiscing about Brooklyn, New York. Their thoughts about laboring as “sand walkers” is intriguing and humbling. It’s a solidly summertime job.

I noted quickly that some of the guys had fond memories of this work, but let’s start with the naysayers.

Angelo said, “I sold ice cream on the beach, for one day, and that was enough for me!”

Mike concurred. “I did this for one week on Brighton Beach. Brutal, exhausting, minimal earnings that distributor pocketed.”

It was physically draining and demanding on your vocal chords. You got sunburned and muscle toned. You could make a lot of cash, but took a risk each day. And it involved more street-smart marketing and persuasive selling than you might think.

Yet sand walking was an entry-level job, one that required brute strength and stamina, but not a diploma. That was a great part of its appeal.

“I was a ‘sand walker,’ the unofficial term for those of us who braved the hot sands of Manhattan Beach selling Pepsi products, Sundew orange drink, hot Gabila deep fried knishes, Good Humor Fudgsicles (“fudgy wudgy”), and Marino’s Italian ices (cherry or lemon). I worked the summers of 1980 through 1985, ages sixteen through twenty one.”

The pay was awesome overall. We hustled and earned sometimes over $200 a day, usually less, all cash. The money was it, plus a set of cohorts that became lifelong friends. The work was grueling some days and we definitely took slack from the patrons, sometimes, as we in their minds were servants. But all worth it. Also the soundtrack! Brooklyn in the ‘80s, Madonna, MJ (Michael Jackson), all of it.

“The work was grueling some days and we definitely took slack from the patrons, sometimes, as we in their minds were servants. But all worth it.”

There was also the Timmyburger…a split knish with usually one, sometimes two burger patties. ‘Traditionally a squirt of Heinz catsup on one side, and yellow mustard on the other… still dream of it. Sandwalking gave me a work ethic that I carry with me today.”

It’s interesting that Rich remembers specifically which products he sold, and named them. Consumers and food service workers often think specifically about the trade names, not just knish or soda or ice cream. Rich remembered the beach’s social milieu, including the music that was popular and blasting from people’s radios.

Larry was a friend in high school who also worked this job:

“Every summer from 1981 to 1985 I worked as a sand walker at Manhattan Beach, from when I was 17 to 21. It was the best summer job of my youth. I learned about the job from a friend who had just started there. First I had to go to the New York City Parks Department and apply for a license to work in a city park. I had to fill out a simple form and pay a small fee, and then I was set.  My interview with Tony, the manager of the food concession at the beach, was simple. He gave me the lowdown, explaining that I needed to bring bags or a box to carry food items, which I would receive at my discretion and my risk, from the food concession backyard and that I would be liable to pay 75% of the menu price; which meant that I could earn 25%. It was sell it or eat it, no returns allowed. Usually we marked things up about 25% over the concession price, which gave us more room to earn profit. We would all fill up our bags from the concession stand and carry them out on the beach and start walking. As we sold out of various items, we would return to the concession stand, refill and then get back out on the beach to sell.

I usually got started at around 10 and worked until 3.30. On the weekends if the weather was nice, the beach would be crowded and there would be plenty of hungry, thirsty people and plenty of money to be made by all the sand walkers. On the weekdays we had to hustle more. Speed was essential. My time was spent hauling food items and engaging in conversations:

Sonny, do you have any Diet Fanta?

Sorry, I’ve got Coke, Diet Coke, and ginger ale. How about a knish or an ice cream?

“It was hard work, carrying 40-50 pounds of food items, and walking up and down the beach a lot while shouting aloud. If you wanted to move food items you had to think about the weather: hot sunny days make people thirsty, on cloudy, cooler days people want to eat more. Timing was important too. Drinks sell early and then around lunchtime people want to eat. Ice cream sales pick up later in the day…anticipating customer needs was key.

“If you wanted to move food items you had to think about the weather: hot sunny days make people thirsty, on cloudy, cooler days people want to eat more.”

“The job gave me a wealth of knowledge about customer preferences, matching supply to demand, cross selling and upselling. The job gave me a fantastic workout. I was a pretty skinny kid when I got started but by the end of the summer I had great muscle definition. The money was great: my average take home each day was $100, and that was cash. On an average summer I would earn and save around $4,000. That was a game changer for me and opened up a new route to financial independence. There were days when only a couple other guys showed up to work and the temperature went past 100. I’d double the price on those days.

Two dollars for a Coke? Yesterday you sold it to me for a buck!

You should’ve bought two yesterday and saved one for today. The concession stand is a ten minute walk across the hot sand, and then you have to line up for 15 minutes. You want it or you don’t want it?

I got in great shape, made good money and some good friends, and I got a great tan which in those days was desirable. And I met girls, too!”

Rich and Larry both look back fondly on this work, which they chose to do for a few summers. They focus primarily on the money to be made, the labor, the risk and interplay with customers. There is a sense of machismo at play:bragging rights about being tough enough and savvy enough.

Going back two decades more, I talked with Kalman S. who worked as a sand walker at Brighton Beach, during two summers, 1966 and 1967.

“It was the first job offer I got. The job was hard, but more than that I remember the two buses I had to take to get there; buses were not air conditioned then. Having to stand on the bus going home after walking in hot sand, carrying two heavy boxes on my shoulders, did not make me happy.

Among the ice cream snacks I sold were vanilla, chocolate eclair, toasted almond, and strawberry shortcake. They each cost fifteen cents. And on particularly hard, hot, long days, my friend and I would walk down to Coney Island and take a ride on the Cyclone (the legendary wooden roller coaster) to get ourselves boosted up for the trip home.”

Camaraderie is key in this kind of job. Just as Rich and Larry had made friends with other sand walkers, Kalman made a buddy, too.

“The job was hard, but more than that I remember the two buses I had to take to get there; buses were not air conditioned then.”

The work done by a sand walker was not sophisticated and didn’t have the cache of working as a lifeguard. But most beach jobs aren’t glamorous. The sand walker gig was a good fit for a teen who was just starting out in the work world. They probably should have earned more money, and their labor was typically more demanding for the effort they invested. But it’s a step on the ladder of work. I worked two summers as a day camp counselor plus babysitting, and for most working teens like me, it was simply a start. 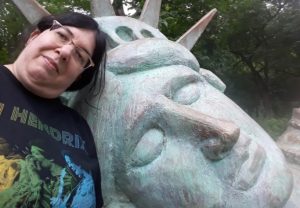 Ellen Levitt is a writer and teacher, and a lifelong resident of Brooklyn, NY. 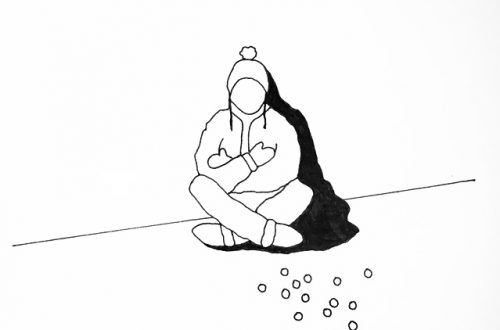 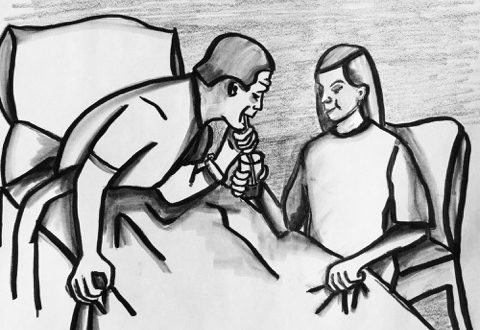