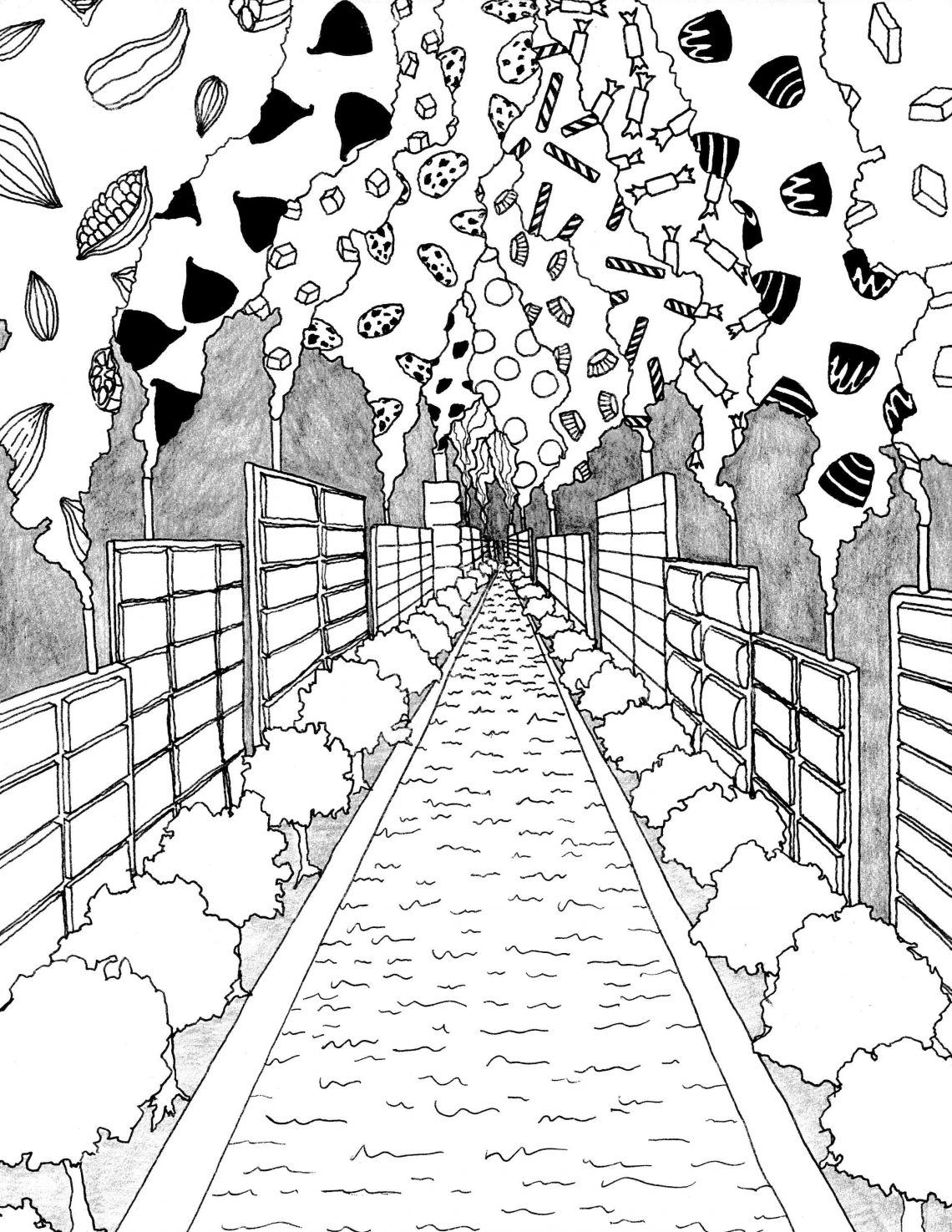 When most people think of Chicago food, they typically think of deep dish pizza, Chicago style hot dogs, or Italian beef. While Chicago may not have the visibility of chocolate companies such as San Francisco’s Ghirardelli’s or Pennsylvania’s Hershey, Chicago has its own chocolate history and culture. After all, one of the quintessential Chicago experiences is the smell of chocolate in the West Loop from the nearby Blommer Chocolate factory.

There’s a wide variety of chocolate makers in Chicago from the large scale manufacturers like Blommer to smaller, luxurious places like Katherine Anne Confections and KOKKU Distinctive Gourmet, to name a few.

The big three—Frango Mints, Blommer, and Chicago’s Finest—go back to the first half of the 20th century. Frango Mints was founded in 1918 as a frozen dessert in Seattle’s Frederick & Nelson department store. Marshall Field’s bought the department store in 1929, including its recipes and thus Frango mints became a part of Chicago’s chocolate culinary scene.

Another chocolate industrial legend, Chicago’s Finest Chocolates, best known for its work facilitating fundraising campaigns with their chocolate bars, also had its roots outside of Chicago. In 1922, Edmond Opler, Sr. and his brother Arnold established E & A Opler in Brooklyn by selling packaged cocoa. Edmond Opler expanded the business in Chicago, and eventually Chicago’s Finest grew into the company we know today.

Of the three, Blommer, described as the “largest cocoa processor and ingredient chocolate supplier in North America” on their website, was wholly founded in Chicago by Henry Blommer, Sr. and his brothers in 1939. While the company would expand across North America, it remains a critical place here in Chicago. That smell is really a treasure to Chicagoans.

But Chicago’s chocolate industry is more than just these three large-scale monoliths. The city presents opportunities for mid- to small-sized chocolate manufacturers and artisanal chocolatiers. Katherine Anne Confections, a Logan Square based shop, opened for business in 2006 and opened her storefront in 2012. She brings the craft of chocolate making to the customers through her open kitchen design; half the shop is the kitchen where they make everything. In addition to her shop, her chocolates have been sold through Whole Foods.

Katherine Anne’s is best known for their truffles and hot chocolate. They make a new truffle each week and even make savory truffles such as the Caramelized Onion and Balsamic truffle. Their hot chocolate is a whole meal with a side of homemade marshmallows.

Duncan is a big advocate of locally sourced, seasonal, and fair trade ingredients. She explains: “I’m a big believer. Know your farmer, know your food.” Duncan got her start making caramels using cream from her parent’s dairy farm and honey from her neighbors. She values the connection between farmers, their animals and the land, and supporting the local economy by sourcing as closely as possible. Duncan also points out that using locally sourced, seasonal, and fair trade ingredients, just makes the food taste better.

But when asked how Chicago’s chocolate scene compares to New York, Duncan says, “We should have so many more.” She also noted that in the time she has opened Katherine Anne’s, she’s watched chocolate companies go in and out of business: “I think the chocolate scene is kinda hard.” But she doesn’t seem to see it as a result of competition from her fellow chocolatiers, or even the big manufacturers.

Kevin Roblee, Chief Chocolatier/owner of wholesaler KOKKU Distinctive Gourmet, sees opportunity in the city’s chocolate scene. After 30 years of corporate America including getting his start at World’s Finest Chocolates, he decided to open his own chocolate company since he came from “a long line of family entrepreneurs” and it was always in the back of his head.  KOKKU sells a mix of chocolate cookies, brownies, fudge and turtles. Roblee likes to blend South American, French and Belgium chocolates to achieve the flavors he wants.

Unlike Duncan, Roblee only sells through wholesalers, selling his chocolate creations to coffee houses, cafes, grocery stores (including the abundance of mom and pop shops in the city). He thinks that a retail space is trickier to maintain since you have higher operating costs as well as other demands such as needing to serve non-chocolate food. But Roblee explains: “Everyone realizes, in the small business chocolate world, there’s enough to go around” in Chicago and the suburbs.

Roblee, however, has seen a shift in consumer tastes over the last ten years. He epitomizes the change as “the less is more crowd.” People are less interested in buying lots of chocolate for very little money than buying something local that’s “exquisitely made, deliciously produced and [they’ll] pay more for it.” But he has also noticed that companies have come and gone since he has been in business.

For Duncan, she has witnessed crazes of donuts and cupcakes come and go, but truffles aren’t the normal go-to for occasions where people bring desserts. But she notes that “we like our hot chocolate” in Chicago; maybe the nine months of winter may contribute to that.

When asked how Chicagoans and other consumers can  support the local chocolate industry in Chicago, Duncan says, “If we want people to stick around, buy stuff and bring it to dinner parties.”  The chocolates are “fresher from a local place, and that money goes into the local economy.” Roblee adds with the recent COVID-19 crisis that people might especially want to support their local chocolatiers who are likely reopening their doors in the upcoming week and months.

Of course, it depends on the palate. If a person wants something mass-produced and local, there’s always Frango, Blommer, and World’s Finest. For those with a more discerning and/or adventurous palate, there’s the luxurious offerings of places like Katherine Anne’s, KOKKU, Vosges and others.

“There’s opportunity for consumers for chocolate and hot chocolate,” says Duncan. “We just need people to get out and support them.” 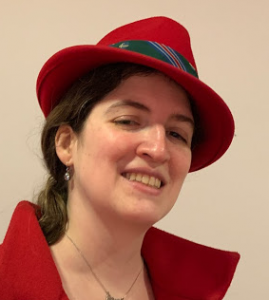 Elisa Shoenberger is a writer and journalist. She writes regularly for Book Riot, Loop North News, and Sixty Inches from Center. She has written about food for Farm Flavor, Smart Mouth, Streeterville News, Rewire (PBS), and others. She also has written for Boston Globe, Business Insider, US News and World Report/Best Lawyers, Huffington Post and others. She has a BA in history from the University of Chicago, MA from the University of Wisconsin-Madison and an MBA from Loyola University Chicago. In her spare time, she makes cheese and plays alto saxophone. 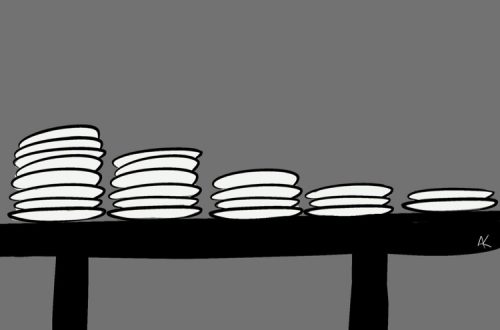 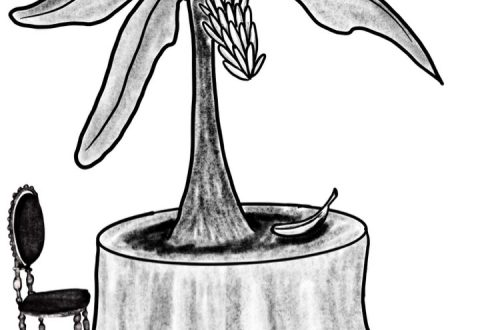 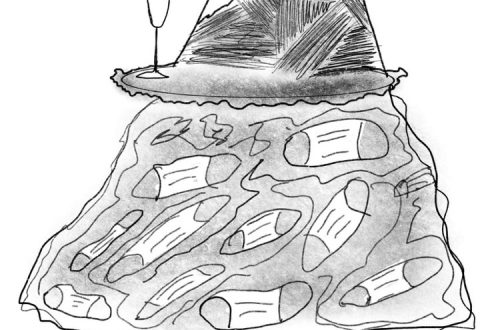