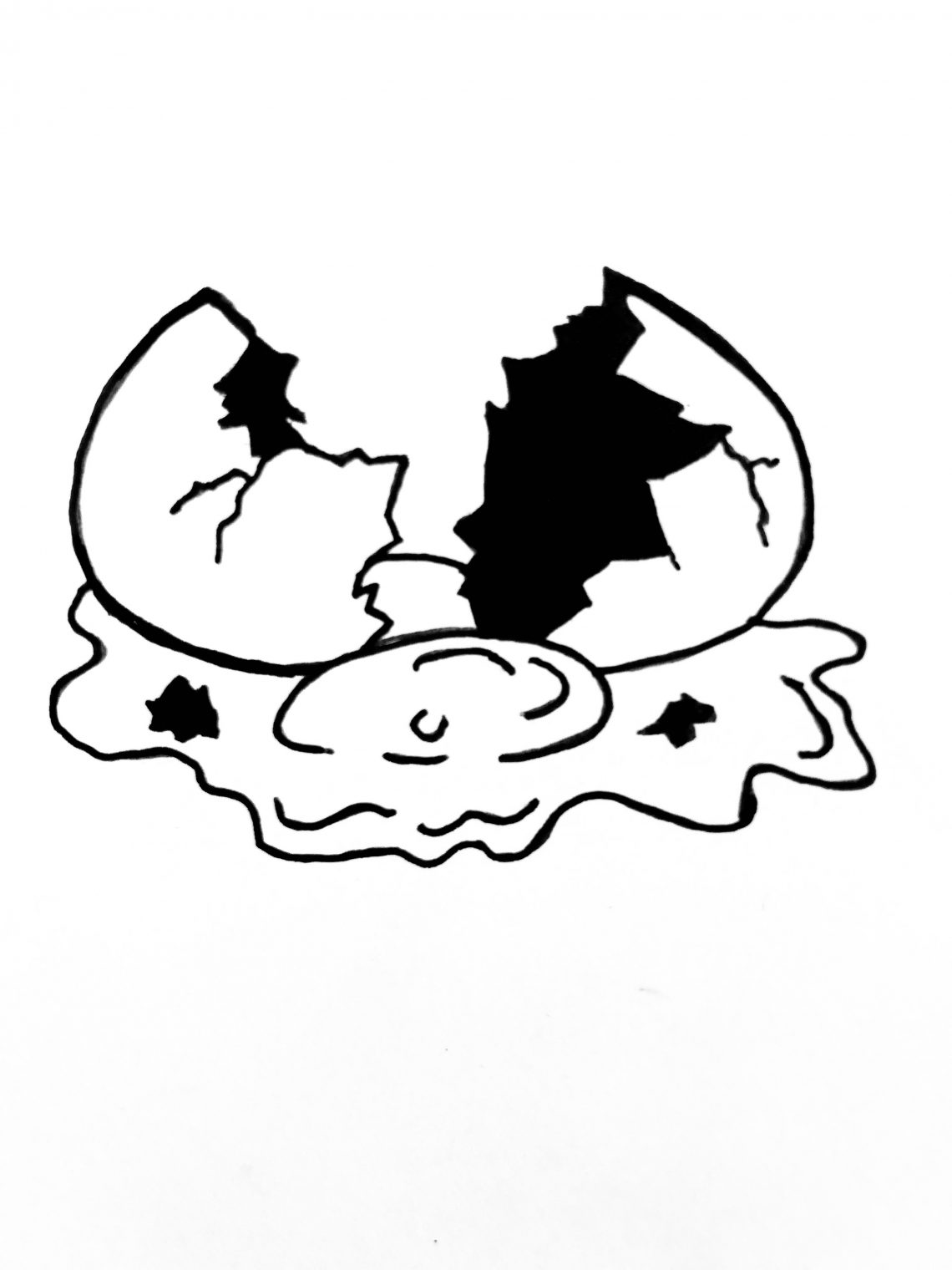 Start with the rice – six or eight cups should be enough, depending on the size of your turkey. Don’t worry about making too much. Not a sin to have a little extra. It’s always better to make more than you need. Now, here’s a trick my grandmother taught me: put a little garlic in with the rice while it boils. Taste. If the rice sticks to your teeth a little, it’s done. Let it cool.

My first nineteen Thanksgivings were all the same. Sun or rain, snow or fog, Dad piled us into the car before the parades came on TV and drove us to his mother’s house, a tiny, one bedroom Cape Cod halfway between the suburbs and downtown. On holidays her creaky old dining room table would host anywhere from twelve to twenty adults, a cigarette smoldering in practically every hand, voices rising with each glass of wine, and laughter booming through every corner. We kids ate in the hot kitchen.

I don’t know when I first began to appreciate the magic they made in Gramma’s kitchen on holidays. Just the geometry of it is mind-boggling. A half-dozen women orchestrating a meal for twenty-five in a triangle barely bigger than my wife’s closet, negotiating egos, dancing around gossip, and minding the unspoken hierarchy that saw the eldest pair cooking a half dozen different dishes on a singular range’s four coil burners, while monitoring an oven with barely enough room for the enormous bird. My mom and my aunts seemed to be guided by instinct as they helped: checking the ham in the roaster, prepping the salads and veggie trays, slicing the Italian bread, and taking turns punting us sweaty, squawking children back into the living room. Meanwhile, in the dining room, the men smoked and drank and argued and laughed, waiting for the food to appear.

Grate your parmesan, grate your romano. Don’t be stingy, go ahead and grate it all. Beat the eggs; throw the basil and oregano in. Your dad likes a little cheese mixed in with his eggs too, but I don’t. Do what you want. Chop the pepperoni chunky, slice the garlic thin. Mince the parsley as little or as much as you want. Have pepper ready. The salt can wait.

The Italian comes from my grandmother’s side. She, a Musone whose parents came over from Naples, married Jack, a one-eyed German-Irishman. Theirs was a home of arguments and banter at the table, loud and contentious and sometimes harsh. As often as not, though, the adults would end up laughing together as loudly as they’d been arguing. Such a strange dance. It took me nearly half a century to fully get it. I’m only now understanding how, when it came to be my turn to fill the table, I’d been trying too hard too often and for far too long to force that same strange dance onto holiday dinners at my house. I like to tell myself I’ve learned a different, healthier dance, but I know I’m lying. I still cook the same, though.

In the largest bowl you have, swirl a clove of cut garlic around the gleaming inner surface. See how the garlic sugar makes your fingers sticky? Keep them out of your mouth. Dump the rice into the bowl. Don’t just leave it in a heap. Make a little hole in the pile with your fist. Pour in the eggs. Cover it all with the parsley.

I was in no way ready for the upheaval that came with my twentieth Thanksgiving Day. No one in my family was. Hazy at the edges now after thirty years, I can still remember the aftertaste of that day: flat, metallic, off. And the miracles that came out of Gramma’s kitchen in 1989 were wrought only through rote memory and force of habit. The dance defeated. Our collective laughter didn’t boom throughout the room, but instead fell around us empty, thin, hollow. The kids in the kitchen were no longer kids, the wine went uncorked, the cookies stayed unbaked, and my father, dead in his grave less than a month, sapped the strength of our bonds in his absence. Thanks Agent Orange.

Work in from the edges. Use your hands to blend white rice with yellow egg and green parsley. I know your dad sneaks in a little crushed red pepper. But he shouldn’t. Once the eggs are worked through, blanket wet rice with dry cheese. Mix well. Look for balance. Want to know a secret? You will love the way this smells for the rest of your life.

As I approach my fiftieth Thanksgiving Day, I find myself wanting more than ever to be able to open the back door of that tiny Cape Cod and step directly into Gramma’s kitchen again. I want to be overwhelmed by the symphony of aromas and the forty-degree temperature change as I walk through the door. I have dreams about taking my grown sons through that door, and with them the women they love. More than anything, I wish I could carry my young grandson in on my hip. I want their senses bombarded by garlic caramelizing in hot olive oil, a rice-stuffed turkey roasting in the oven, the plain, unadorned ham simmering in the electric roaster. I want their attention turned by the brine of jumbo black olives and the simple dressing of olive oil and red wine vinegar on the salad. I want them, in that instant, to soak up all the years of Thanksgivings and the years and years of Christmas Eves and fried baccala, squid boiled with lemon and parsley, and the enormous pot of “Greens” – endive, escarole, black olives, and broccoli boiled in water with garlic and olive oil. I want to see the kids stalking each other through the house with pitted olives on their fingertips, and sneaking away from the dessert table with piles of pizzelles and knots and Easter bread. I want to share my all-time favorite Easter dish with them for the first time, listening as my grandmother explains the ratio of barley to water and salt pork and garlic, egg, and salt. I want to grate a blanket of snowy Parmigiano Reggiano onto their heaps of pastid and wonder afterward if they’ll also love it cold like I do. I’ll wonder if they’ll want to learn how to make it.

Now, your hands will be a mess. Ask your wife, your husband, your child, a friend, your father, your grandmother–someone you love whose hands are clean and dry–to help by adding the thin garlic and thick pepperoni to your bowl. Work it through. Taste. No, the raw egg won’t hurt you. Season. Taste again. Get the balance right. Then, get your turkey ready.

That kitchen door is closed now for good. Gramma sold her house a few years ago when the strain on her 90 year old bones got to be just too much. My kids, now in their twenties, barely remember it, let alone the miraculous magic of the food we shared there. Time passes. Life happens. We move on.

Clean the cavity of your bird then sprinkle with salt and pepper. Stuff it with as much of the rice as you can. Then pack in a little more. Tie off the legs. Let the excess stuffing fall into the pan. It’ll be fine. Bake any extra separately in a shallow pan. Smack the hands of your sons as they swoop in and scoop fingersful for themselves. Laugh. Roast the bird until it’s cooked through.

I didn’t get it at the time, but what my twentieth Thanksgiving was trying to teach me was that sometimes the recipe doesn’t work. Sometimes the skin won’t peel away from the onion and in frustration you tear away and toss an entire layer. Sometimes you look away for just a moment and the garlic that was perfuming the air in hot oil turns black and bitter and burnt beyond saving. A bit of eggshell slips into your omelette. Sauces break. Milk sours. Life happens.

But here’s what my mother, my grandmothers, Dad, and years of watching them cook ultimately did teach me: you don’t give up on the dance. You turn down the burner, you stir a little hot water into your broken sauce, you substitute fontinella for Parmesan. You keep stirring, you keep tasting, you keep cooking. And if you’re doing it right, you keep laughing, too. Food is life, but cooking is love. 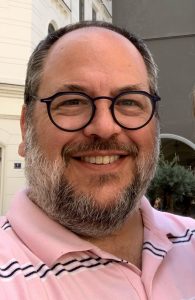 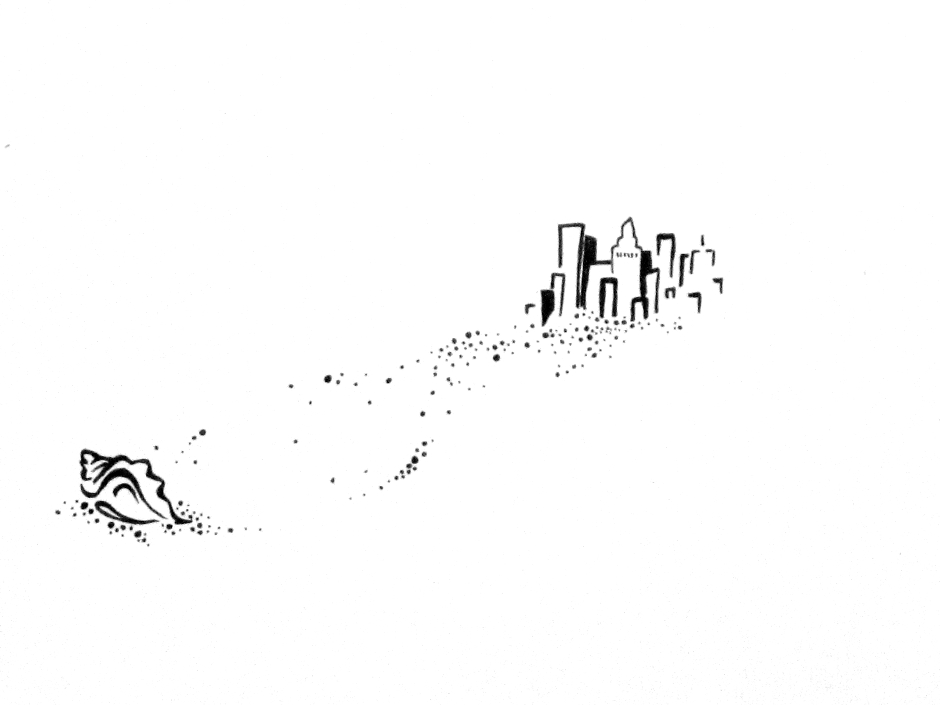 Dirty Spoon Does Miami – Part One