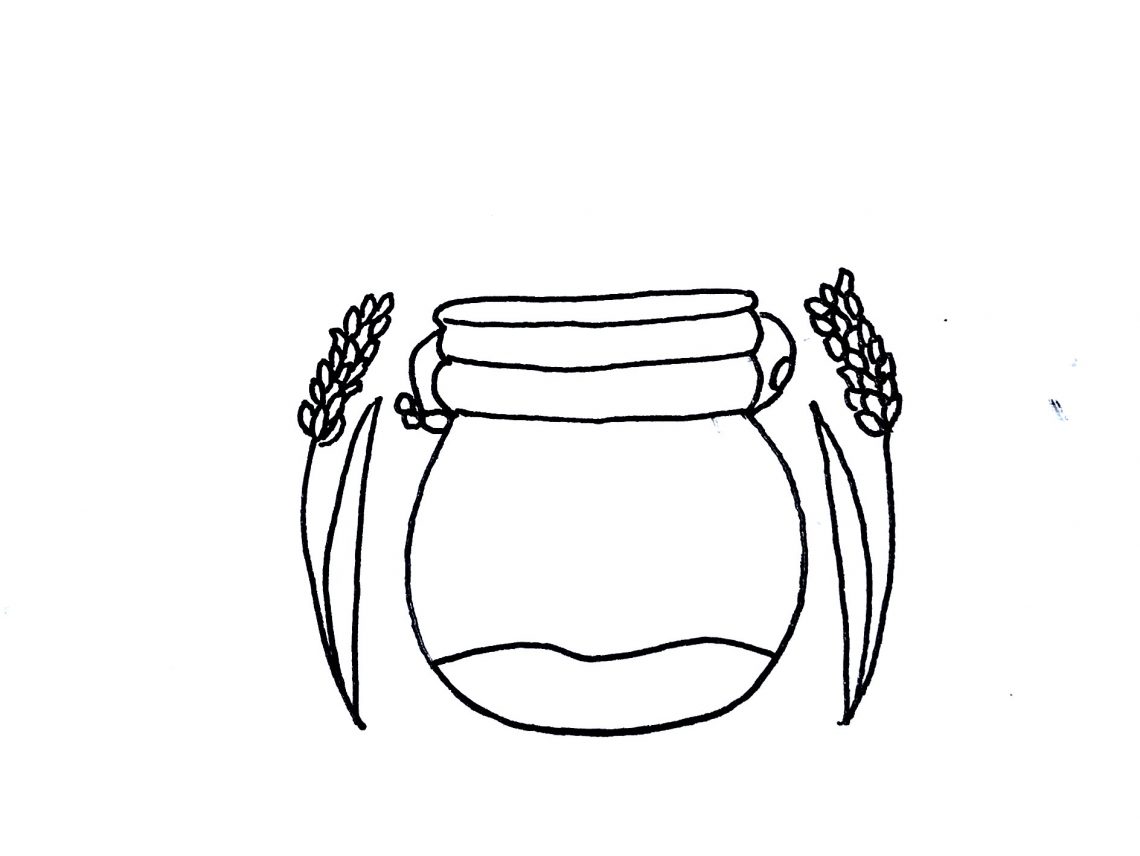 Eighteen years ago, I didn’t understand why food was so important to my new husband.

“It’s just fuel,” I said, frustrated at each lengthy food court meditation, every laborious menu contemplation. It all took so much longer than I thought necessary, but in hindsight, the root of our differing attitudes to food should have been obvious. Mike was raised over his parents’ Chinese restaurant in Ontario, Canada, where he ordered dinner off a menu each night, and I was born and raised in New Zealand, where an unimaginative protein and three boiled vegetables were offered by my mother. For her 26th birthday my father gave her a cookbook with the inscription, ‘With the hope of better things to come’ scrawled inside the front cover. Food was good in my husband’s world, a joyful celebration of culture and caring. In mine it was functional, utilitarian, lacking in diversity. We viewed the dining table from opposite ends of a gastronomic appreciation scale.

When Mike and I met online in the mid-90s, food was just one symptom of our tangle of cross-cultural differences, complicated by the 14,700 kilometres that separated us. The next few years were challenging as we fought to find a way to make it work. Our attention swerved between immigration concerns and family opposition to our relationship, but we pushed on and married in 2002 on the veranda of a friend’s house, with a clear view to the snowy tops of the Southern Alps in New Zealand. Mike’s parents didn’t make the trip from Canada to our wedding. They could think of no woman worse than me for their son, and their absence was how they made their opposition known. To them, I was a walking checklist of shortcomings: older, divorced, the mother of two daughters, and resident on the other side of the world. They wanted a virgin. They wanted a Chinese girl. They even offered to go to China to find one for Mike if he would ditch me.

“Spirits are urgent. They’re very concerned for your mother-in-law,” said Tui, frowning. I’d booked my appointment with the psychic months earlier, and it would be my last outing before we locked down. Covid-19 was spreading worldwide, and as soon as my session began, the relevance of the timing hit home.

Spirits crowded in on her to talk to me, she said, most of them from my husband’s side, and I wondered if this meant I was finally accepted into his Chinese family.

Even after we were married, even after I gave birth to two sons, my husband’s grandmother never allowed me to cross the threshold of her home, and placed a curse on me for good measure. The old woman had died a few years before, and now she was imploring me through the veil of death to ensure the safety of her daughter.

I’m not sure if my Chinese in-laws ever really accepted me. The closest I ever came was on a visit to Toronto’s Chinatown when, as we wandered through packed streets lined with displays of unfamiliar vegetables, I told my husband’s mother how much I loved dan tat. She had giggled, pleased her white daughter-in-law showed such good taste, and early the next morning she was on the threshold of our hotel room extending a glossy white baker’s box. I realised she had risen early to buy me a dozen dan tat, fresh from the Chinese bakery in the street below. I knew the still-warm offering represented more than a gift of breakfast, more than sweet eggy perfection in a flaky pastry case. I looked up from the box into my mother-in-law’s smiling eyes and knew the egg tarts represented love. There’s a chance they were even an apology.

“Spirits say to tell her to stay at home. She’s at risk of lung issues, and her energy wavers in and out, which usually means she might be lost in the coming months. Maybe because of Covid-19, maybe something unrelated, but best to be safe.”

My father-in-law was already unwell, on dialysis every other day for kidney failure. Also blind, he relied heavily his wife for sustenance and physical guidance. They were tiny people, only a little over four feet tall, with fine bones like birds. Mike has his mother’s smile, a lop-sided joy that is as contagious as her laugh. She loves with food, and food gives her a reason to go out to the supermarket, just across from where she lives.

So close, so easy, yet so infectious.

We hadn’t finished eating that first dozen dan tat when the second arrived the next morning, and tarts piled higher on the counter as the week wore on, supplemented each day by yet another early morning delivery. I looked to my husband for support but knowing better than to argue with his mother about food, he smiled sheepishly and shrugged at me.

“Eat them fresh!” commanded Susan, delighted to find a food that transcended our differences. I gestured at the growing mound of pastries and argued we had enough tarts to keep us going for a month, but she was insistent. “Fresh is better. You eat these,” she said as she thrust yet another white box through the open door.

Spirits kept insisting, Tui said. If my mother-in-law became ill, my father-in-law would be bed-bound.

Later I played Mike the recording of my reading, and his face creased. We had earlier discussed our concern about his parents surviving the pandemic, but with our heads together over the phone, we locked eyes and realised we hadn’t done enough.

We put through a call to his parents.

“Hi Honey!” Mike’s Mom chirruped on speaker in her heavy accent. “Everybody okay?” This was her standard query. She was always a little anxious she couldn’t see what, or how much, we were eating. “Have you had lunch?” she asked, right on cue.

Mike asked if she understood how serious the virus thing is. We explained how hand washing was their best defence. I suggested singing Happy Birthday twice, that it was a handy way of knowing how long they should scrub.

“I don’t think she knows that song,” Mike said to me quietly, another small reminder of our cross-cultural divide.

“Susan,” I said. “This thing is hurting old people. People over 80.” She never confided her age, but I knew I was in the ballpark.

“Oh,” she said, and I imagined her in her tiny kitchen, a chicken poaching on the stove, her brow creased just like her son’s. “I didn’t realise it’s so serious.” She was quiet again as the implications settled. We knew she went across the road each day to buy rye bread, the only one her husband can eat without spiking his sugars.

“If you get sick, and then Dad gets sick, you can see how that is going to be bad for everyone.”

“Yes. I see,” she said, and I could almost hear her thinking.

I explained how if she picks up the virus and transmits it to her sick husband how devastating that will be for his health. We called to keep her safe, but I knew this was how to reach her, to make her understand. Her sole mission was to preserve the life of a man who had already lived far longer than expected. It is his fifteenth year on dialysis, and he was a living tribute to the care and dedication of a wonderful medical system, but also a wife who believed she could keep him alive so long as she has a rye bread sandwich in her purse, and it turned out that damned rye bread was out of stock. We didn’t know if it was hoarders or just bad luck, but Susan hadn’t been able to buy any for several days.

I stay home when Mike and the boys visit his parents in Canada these days, but I am always at the unpacking of the ‘food suitcase’ that accompanies them back to Australia, where we now live. After almost twenty years in this marriage built on the tradition of good food, it would be rude not to.

“This is for you, Dumpling,” Mike said as he handed me a container from his mother’s kitchen after the last trip in January. Even my nickname is one of his favourite foods. In the plastic box were a dozen sour cream glazed doughnuts, a rare treat that came out of an oven half a world away 20 hours before. I pictured him in his mother’s kitchen packing the doughnuts between sheets of waxed paper and understood more than I thought possible how food is love. I no longer question this family’s food obsession like I used to. I try not to complain when my husband takes two turns around a food court to decide what to order. I certainly don’t complain when Susan calls to let Mike know there is an important date on the Lunar Calendar that requires us to eat chicken for dinner. We order Korean chicken takeout, for good luck.

We asked Susan to find a rye bread wrapper and describe it to us. Her English was halting, and it took a couple of tries before we matched it to a Canadian brand online. Mike located a store with stocks as we talked, and the enormity of the pandemic seemed to have finally descended on his mother. There was a friend, or maybe the man who drove them to dialysis could pop into the supermarket we found online to collect the bread. She wouldn’t go inside, she assured us. And then she remembered one of the women at the supermarket over the road is especially kind to her, that she drove her home in the heat of summer, and maybe she can drop off a loaf or two. Now she was thinking, using her community to save her husband. Mike loaded the things his mother used every day into an online shopping cart: the rye bread, chicken, apples, and broccoli. He wanted to press ‘submit’ to finalise the order, but she said no, she had enough food. For someone who feeds people with love, she eats so very little.

Susan promised to make some calls the next day to organise the bread drop-off, and to leave a shopping list in the mailbox for a friend to fill at the supermarket. We seemed to have gotten through to her and I felt like high fiving my husband.

After, I asked Mike, “do you think your Chinese spirits are happy now?”

“Yeah, I think so,” he said, smiling. “Do you want to order takeout to celebrate?” 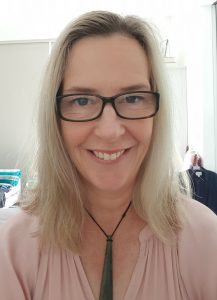 Michelle Tom is a former small town New Zealand journalist. When the Christchurch 2011 earthquake destroyed her home she moved to firmer soil in Australia with her husband and family. After placing in the Grace Marion Wilson Emerging Writer contest in 2019, she was spurred on to complete a memoir about the parallels between leaving her country of birth and family estrangement. She is currently shopping that memoir while she works on her next project, an historical novel. She lives in Melbourne, Australia, where she enjoys excellent dan tat. 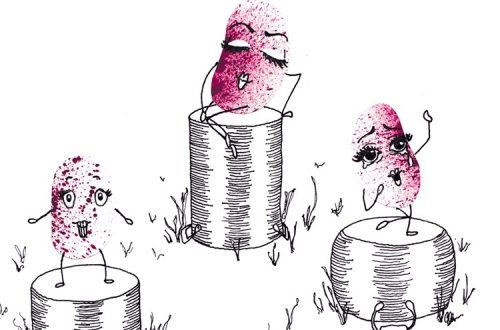 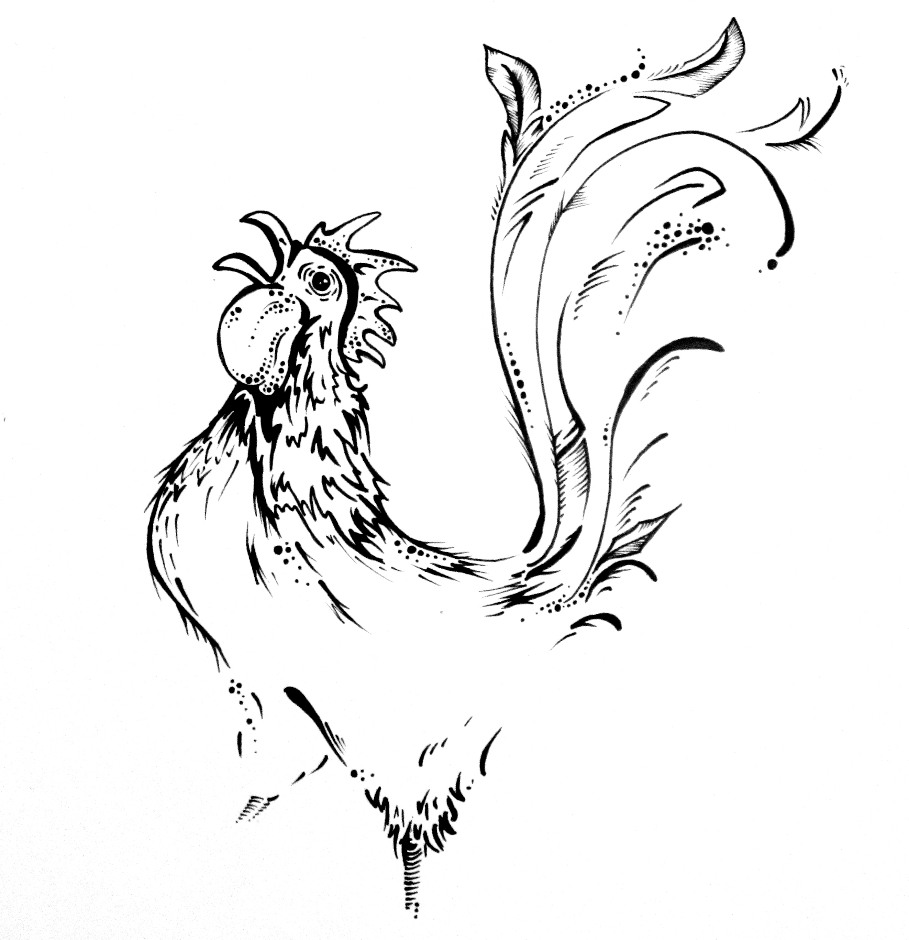 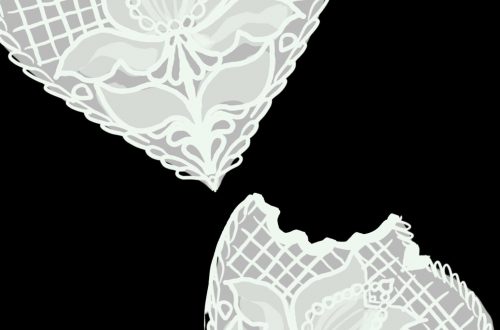