Based on years of unofficial and questionable research, the results are in: These are the saddest sandwiches in the world.

Desperation in the bottom of a lunch bag.

Cries for help on rye.

And we just can’t help ourselves. Sandwiches are a staple of American food culture. A study done in 2014 revealed that each day, 50% of Americans eat some form of sandwich. Half of our country eats a sandwich. Every. Day. If it’s between two slices of bread, we want it. The average child will shove 1,500 peanut butter and jelly sandwiches in his or her face before they graduate high school.

Because there are so many delectable bites on a bun, you can be sure someone is going to rate them. And that someone is me. But instead of telling you which sandwich is the best ever (it’s a hamburger by the way), I turned my attention to the most depressing fillings of all time, the ones that trigger existential crises, the ones that feel like nothing is on TV except Judge Judy reruns, the ones that scream, I CAN’T EVEN.

Egg salad is your lunchtime equivalent of the Artax-drowning-in-the-swamp scene from The Neverending Story. It’s messy, slow, and completely obvious to everyone watching that nothing but tragedy will come of this.

You may think egg salad is a practical path. Affordable. A good source of protein. Yeah! I’m going to boil up these organic, farm-fresh eggs from my neighbor and put them to use this week! You may love the sound of cracking and peeling each one to prep–it’s a sense of control in this chaotic world. But then you start adding mayonnaise. And mustard. And some herbs. A little S&P. And a little more mayonnaise. And this fork isn’t working so you pull out the potato masher thingy. And add some diced celery, and some more mayo because goddamn, were boiled eggs always this thick and dry when you were eating them plain?

The whole process takes a lot longer than it should, just like those graduate papers you burned the midnight oil for only to ultimately rack up forty thousand dollars in debt. Man. Life choices.

But screw it. You’ve got organic egg salad. Everything’s going to be fine. The kitchen smells like eggs, but whatever. You go to work with your egg salad sandwich in the bag.

First bite. Half of it spills out, leaving you to pick it up with your fingers because of course you forgot a fork–this is a sandwich for chrissake, why would you need cutlery? Every bite: a bit more squeezes out. Soon there are bits of mayo egg stuff on the table. Soon you’re scooping a handful off the plate and into your mouth, trying to be as surreptitious as possible. Don’t kid yourself. Everyone saw that.

“Artax, you’re sinking!” These are the silent cries of those around you, having to watch this awfulness. “You have to fight it.” But you can’t. You’re going to drown in the Swamp of Sadness. You finish the egg salad, which wasn’t as salty as you wanted it to be (is it ever?) and your intestinal tract pays the price.

Eleven years ago, I worked in a bookstore. One of those big chain bookstores where we were compensated slightly above minimum wage and took hourly advantage of the ten-percent discount lattes. Anyway, we had this windowless break room that was furnished with a few laminated tables, some chairs, a counter with a microwave, and a fridge. On their breaks, most of my colleagues purchased something from the cafe or brought in Tupperware lasagna, but there was one girl who ate sandwiches. All the time.

Mary’s relationship status could easily be determined by which sandwich she brought in to work. If she was on the dating scene: veggie wrap. If she was happily in love: roast beef. If she had a fight with her significant other: BLT. And when Mary was going through a break up: tuna.

If it was possible to create more of a buzzkill after so many hours of trying to reach book membership card sales quotas and stocking copies of Dr. Phil’s latest, Mary ran face first into slaying all hope on our behalf.

Despite being the base of heavily gender biased jokes and at the heart of an over-fishing, mercury-laden controversy, the tuna salad sandwich does have one good memory associated with it. My grandma. May she RIP. She used to make us tuna fish sandwiches for lunch at her house, and then we would all sit together for an hour to watch her “stories.” All I really need to know in life I learned from Days of Our Lives. There is no heaven, only Stefano.

Technically, if you break it down, the Manwich has some redeemable ideas behind its ingredients. It’s cute. They’re striving to be an Italian meat sauce you enjoy with a slice of bread.

But instead of Mama, you get Joe. Sloppy Joe. A chopped meat sandwich. Made with sauce from a can. It’s the Match.com of sandwiches.

Like the egg salad, there is absolutely no way to eat a Manwich in a graceful manner. In fact, Manwich plays on your inability to eat like a goddamn civilized human being–it’s the basis for all of its marketing campaigns. (“The taste that makes everyone smile.” What is this, the Stepford sandwich? No one smiles while they’re eating one of these things, that’s fucking creepy.)  But the true downfall of Manwich are the amounts of sugar and salt. The salt in one Manwich is almost 20% of your daily value, and the sugar poorly attempts to cover a substandard ‘tomato’ flavor.

There is no covering up the truth here. Face the music: Manwiches are depressing, life is meaningless, and Julie really did friend-zone you last week.

The Bologna (and sometimes Cheese)

Does anyone even know what the hell bologna is? Because I don’t. It’s a deli meat (right?) cloaked in mystery. And bright yellow packaging. But where did it come from? Why is it here on the shelf? Why are there so many different kinds of it? Why is it so cheap–and therefore appealing to me? Why is it in my cart now? Why do these Kraft cheese squares pair with bologna so adorably that I’m currently imagining a little wedding between the two? Have all the moments in my life set me up for this one big failure?

There’s only one thing to do with bologna: rename it baloney, fry it, stick it on some bread, and shove it down your throat.

Real bologna–originating in Bologna, Italy, sliced mortadella (God I just want to stick that word in my mouth it’s so delicious) piled on for your gluttonous pleasure–is like the Count of Monte Cristo kind of mystery. Sexy, yes?

Whereas baloney–the YOLO also known as BOLO–is more like Why did CBS allow The Big Bang Theory to run for nine fucking miserable seasons? mysterious.

Baloney is basically one plate-sized metaphor for everything wrong in our curbside America: the fat cats drive around and take what they want, and then throw the scraps to us. We can’t kid ourselves that the middle class has all but disappeared, and the socioeconomic chasms grow wider every day. There are currently eighteen different types of baloney available from the household name manufacturer. I suspect there will be more as the 1% pockets deepen  and we can no longer afford fresh organic food. My depression has a first name, it’s O-S-C-A-R.

I got pretty dark in that last one. So let’s briefly talk about the mayonnaise sandwich. The mayonich, just made that up. Nice bleak name. Possibly Russian.

Now, some of you may argue that mayonnaise sandwiches are simple and delicate. Easy. You say “minimalist,” I say “hopeless.”

News flash, if you like mayonichs, you’re a monster.

Mayonnaise-only sandwiches are a practice in extremes. Only two types of people actually, truly like this sandwich: white bread aficionados, and creative geniuses. So if you don’t fit into one of these categories, this is your semi-obscured excuse to just eat mayo all the time, and the only thing that keeps you from sticking your whole ugly, horrible monster face in the jar. Your purpose in this life is now questionable.

Okay that’s the list. Grab your favorite Smiths record, turn of the lights, and God be with you.

On our next episode, we’ll discuss the Reuben, and break down exactly how the five most disgusting ingredients ever created came together to create one glorious edible miracle that feels like Jesus blessing your every taste bud. 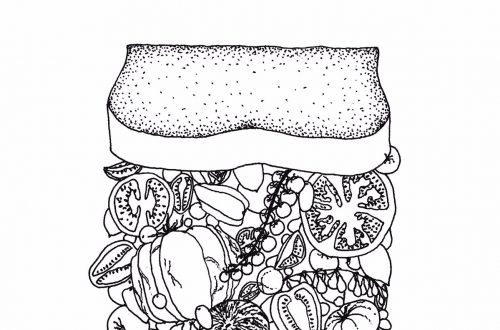 What The Tomato Sandwich Taught Me 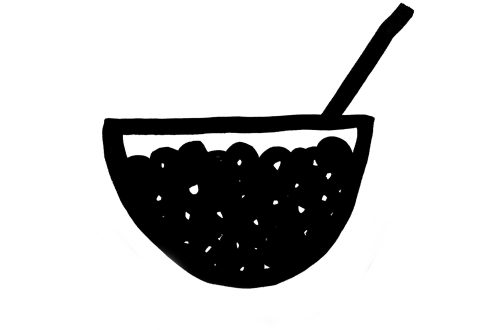 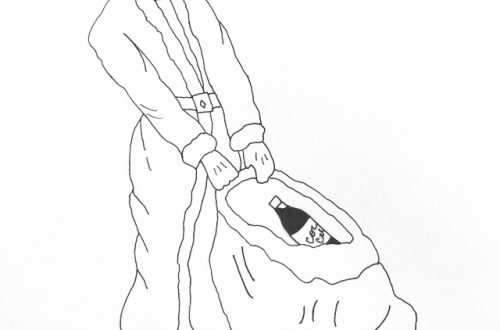