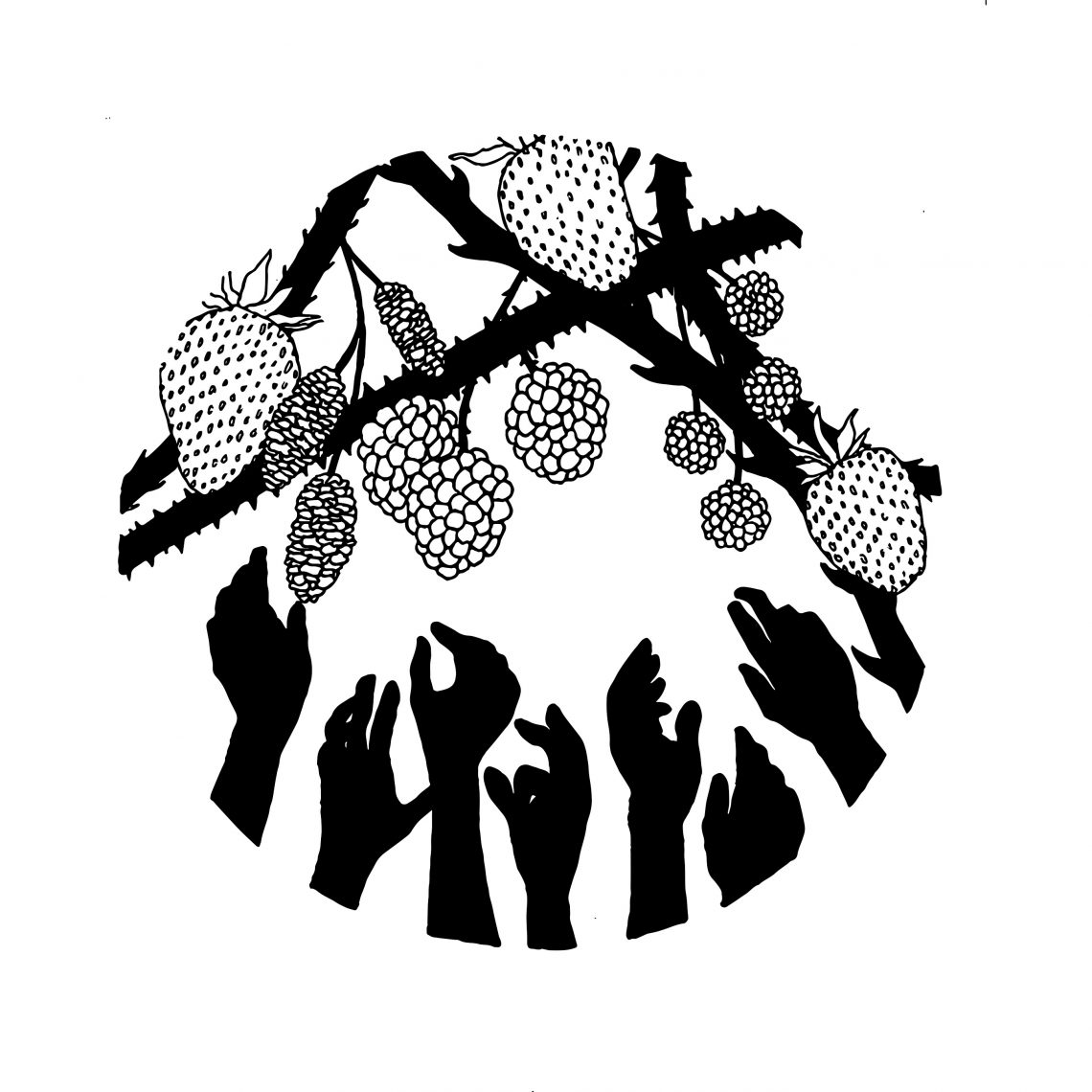 I was a college student in Florence during April and May one year, studying Renaissance art and cosmology. Our group of 22 students from Midwestern colleges lived at the top of an 83-step walk-up pensione at the intersection of five streets, in the city’s center. When I wasn’t dealing with Botticelli, Dante, and Galileo, I was coping with the less-lofty new world of contemporary Italy. In addition to a recalcitrant hot water system and a curtainless shower that flooded the bathroom, I was adjusting to breakfast and dinner at the pensione. Most of the students slept in rather than bother with the breakfast, which consisted, without fail, of cups of yogurt (tutti-frutti was popular), hard, flavorless white rolls, and the only bad coffee in Italy. (I believe the city got its water from the muddy Arno River; whatever the source, the water was also tinting our laundry green.) Cold curls of butter and plastic packets of jam added nothing to what we called pigeon rolls; that’s all they were good for—lobbing at the pigeons so plentiful in Firenze. I didn’t miss the ubiquitous American glass of orange juice, but I was accustomed to more variety. Dinner seemed to be a substantial improvement over breakfast: a thin soup, unsalted, chewy bread, and pasta, with minor variations, such as the addition of cooked spinach. Dessert was fruit: baskets of mealy apples and—new to us—blood oranges. No one wanted the apples; speed was essential if you hoped to snare an orange.

Cold curls of butter and plastic packets of jam added nothing to what we called pigeon rolls; that’s all they were good for—lobbing at the pigeons so plentiful in Firenze.

Coming from California at the time, I was used to more fruits and vegetables, so I often visited Florence’s outdoor market, where I bought small brown paper cones of raisins. And since my new college life in the middle of Iowa cornfields, I wasn’t used to such an urban environment. Florence has a wealth of remarkable buildings, statues, and other public art, but I don’t recall any trees in the heart of the city. The Boboli Gardens across the river offered a highly manicured green retreat, far too formal for my taste. When we had a field trip one day that included a surprise stop, you could say I was ripe for the opportunity.

Our day excursions by bus generally took us to other Tuscan towns—Siena, San Gimignano, Pisa—to admire their churches and art. On our return from Lucca, our professore, an American of Italian heritage, announced that we would be visiting a family he knew in a small town. We stepped off the bus into a sunny May afternoon. Near the road was a small strawberry patch, maybe 50 feet square, with carefully weeded rows of plants. The ground was the same gold-tinged terra-cotta as the Palazzo Strozzi across from our humble pensione. When we met the Italian family, they told us we could help ourselves to their strawberries—an instant U-Pik-Em ’n’ Eat-Em experience.

Picking fruit is something I’ve done for decades, going back to childhood years spent in semi-rural Louisiana, in a place my family called “living one step ahead of the jungle” because of the abundant snakes, insects, tree frogs, crayfish, and other wildlife surrounding us. I would gather pecans, kumquats, and blackberries to bring home. I have continued to pick fruit—raspberries, peaches, olallieberries—in other states ever since. That late spring in Italy, my Louisiana instincts kicked in.

That late spring in Italy, my Louisiana instincts kicked in.

There may have been some miscommunication with the Italian family; perhaps we were invited only to sample a fragola or two.

Bending and squatting, we plucked the warm, fragrant berries, and plucked and ate and plucked and ate. To the Italians, it must have resembled an attack of a murder of crows, disguised in blue jeans. In short time, we had reduced the strawberry patch to green leaves. This is not surprising when you consider that our group included insatiable omnivores, aka 19-year-old guys, but all of us were hungry for fresh fruit. Our professor apologized for our voracious behavior, but the Italians seemed to appreciate our enthusiasm for their strawberries. Or perhaps they were simply polite—or in shock. I don’t recall the name of the church we visited in Lucca or, unfortunately, the name of the family whose strawberry patch we wiped out. But I remember those berries.

Last year I moved halfway across the country to a small city I knew little about, not an optimal situation. Turns out, it’s far less idyllic than its setting among rolling hills and vineyards. But among its pluses: wild blackberries thrive here. Roads on the outskirts are lined with the bushes. And this summer, I picked berries every weekend all season long. You couldn’t miss them. Yet I never saw anyone else picking berries. Apparently, a lot of people are missing the joy of juice-stained fingers snagged by brambles.

Picking fruit is a primal pleasure, delicious and free. That is, if you’re doing it for an hour or so, not as manual labor in back-straining long days.

If an abundance of summer fruit burdens a friend of a friend with a garden or orchard, I might make jam with it—plum, apricot, whatever’s available—or a cobbler or simply enjoy the raw fruit. As an apartment dweller without a garden, I depend on the generosity of those who garden for bags of lemons or pears. In my experience, gardeners are liberal in sharing roses, peppers, and tomatoes they’ve grown. Maybe with the bounty of a garden, I’d be more magnanimous.

If I ever get to have a garden of my own, I like to think I’d be as generous as the Italian family whose garden I visited more than 45 years ago.

Artwork by Ashley Iokamedes. A version of this essay originally appeared online in Square Table, winter 2005. 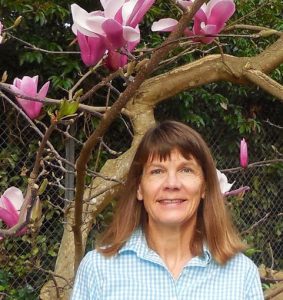 Pat Tompkins is an editor in Northern California. Her writing has appeared in Sunlight Press, Channel, Underground Writers, and other publications. 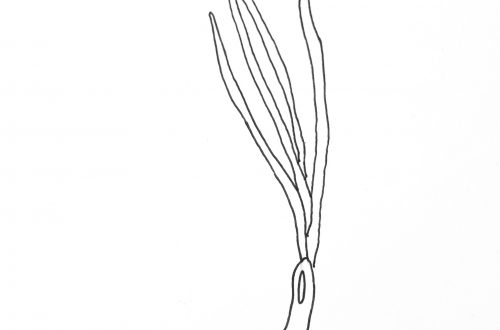 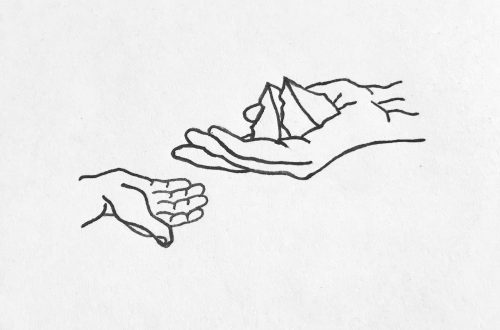 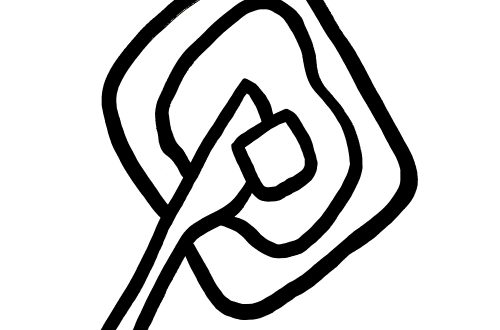