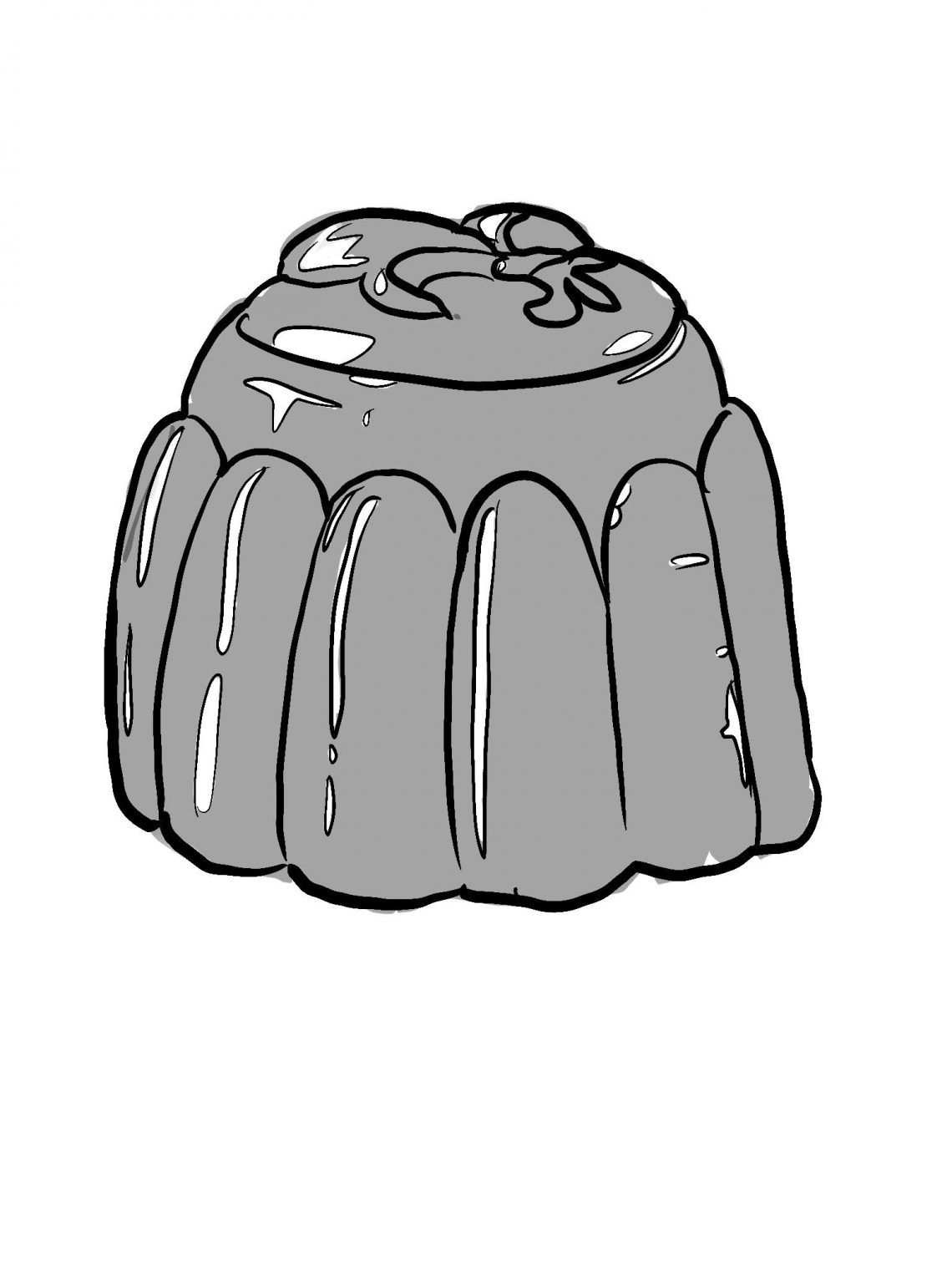 Like many women of mid-twentieth century America, my mother rode the French cooking wave. I can still see her, pots bubbling, one of Julia Child and Simone Beck’s volumes of Mastering the Art of French Cooking propped open on the counter, a glass of wine at her elbow. There were dinner parties with elegant quiches and tiny Cornish game hens or a leg of lamb. Tarragon chicken, too, was in her repertoire, and the house would fill with the sweet, earthy aroma of tarragon mingled with white wine. That chicken cooked until it fell off the bone, savory and sweet all at once.

To me, her pièce de resistance was pot-au-feu, a dish which translates as “pot on the fire,” with roots as prosaic as its name. I recall my mother spending at least two days over the stove, adding ingredients one at a time, browning meats, peeling odd vegetables, and doing mysterious things with cheesecloth and twine. The dish was a wonder. The night of the first pot-au-feu, friends came to eat and to drink, dipping bread into the endless bowls of meat and vegetables and broth. I don’t think we ever left the dining table that night to retreat into the living room as usual, to sink into the couch and eat my mother’s French vanilla parfait.  Dessert was immaterial.

The next time my mother made a pot-au-feu, I was away on a backpacking trip. When I returned, I was dismayed to discover it had all been eaten. My mother had saved a bit of the broth, though, and carried a steaming cup to me in bed where I lay, bone-tired. I cannot attempt to describe the complex and rare flavor of that broth, save that I was finally able to use the word “ambrosia” in a sentence. I had been exhausted and depleted and was now miraculously restored.

There was one other thing that really set my mother’s cooking apart, but it had nothing to do with Julia Child. It was that middle-American, non-food staple: Jell-O.

There was one other thing that really set my mother’s cooking apart, but it had nothing to do with Julia Child. It was that middle-American, non-food staple: Jell-O.

Wobbling molds of emerald green or ruby red or sunshine yellow were a thing to behold. The jello was tart and sweet and delicious and refreshing all at once. Chunks of pineapple or mandarin oranges or grapes might be suspended inside. It was a minor excitement when the gelatin, or Jell-O, or, as we wrote it on the shopping list and in kitchen notes, “jello,” arrived at the table.

Of course, I didn’t realize my mother’s jello was anything special until I ate dinner at a friend’s house one night. Everything at that meal came from a box, which felt exciting and novel. There was Shake ‘n Bake Chicken and hush puppies. I didn’t know what either was, much to the amusement of my friend’s southern-born parents. It was all tasty enough, if unfamiliar. The sole item that was recognizable was dessert: a circular mold of plain cherry jello, topped, exotically, with whipped cream squirted from a can. I dug in. The collapse of sugar and air in my mouth was a huge letdown and I was shocked at the watery, sweet, bland mass. I didn’t recognize it as jello.

I went home that night and reported on the dinner. My mother laughed when I told her about dessert. “They must have followed the directions on the box,” she said. There and then she taught me to make real jello, the first order of business being to replace the water with another liquid.  She substituted juice, threw in some chopped fruit, and voila! You could add cream, she told me, or greens, or wine, or whatever might work. I was floored. I hadn’t known that recipes were guidelines, useful as inspiration, instead of strict rules or gospel.

I hadn’t known that recipes were guidelines, useful as inspiration, instead of strict rules or gospel.

Clearly, my mother enjoyed the inventiveness of it all. When she was young, her goal was to be a hospital dietician, but was told that such a career was not for girls because it entailed science. Instead, she became a reading teacher, and cooking became an avocation. Her experimentation came naturally, and proved invaluable during a period of my father’s  unemployment, when the days of Cornish game hens gave way to Campbell’s beef soup with barley, or what my brother and I termed, “beef with barf.” My mother clipped coupons and hunted down bargains, yet fed us well. I once watched her stretch a single can of soup into a stylish dinner for four: leftover vegetables, a cup of wine, some water and a bouillon cube transformed the soup; a loaf of toasted day-old bread and some good cheese bought on sale rounded out the meal.

And when I was sick—as I often was in childhood—my mother made soups from chicken bones, backs and necks bubbled in a satisfying cauldron. There were hot toddies with honey, hot water, and a touch of brandy. And there was always jello: easy on the stomach, easy to infuse with juice for extra vitamin C.

That was then. I don’t know if anyone eats jello much anymore, and I don’t really consider it food, though there might be a box somewhere in the back of the pantry. Just in case.

That was then. I don’t know if anyone eats jello much anymore, and I don’t really consider it food, though there might be a box somewhere in the back of the pantry. Just in case.

Recently, however, I did eat two entire bowls of the stuff. I cannot tell you what flavor it was, other than “red,” because I was given a choice of “green, yellow or red.” I had to eat it or I wasn’t allowed to leave the hospital where I’d just had emergency surgery. My nurse, Nathan, was kind, except he wouldn’t bend on the eating thing. He tried to get me to have a sandwich, and all manner of other food, but I couldn’t stomach anything after the operation and the drugs, which made me feel floaty and pain-free, but not at all hungry.

Jello, however, isn’t quite solid food, and when Nathan offered it as an option, I said yes. I ate that jello, every bit of it, and then a second helping, not just because I had to, or that it tasted great, but because with each bite I kept thinking I’d get to that flavor, a hint that someone had taken a moment to make that jello special, to provide comfort through that bowl of wobbly red mess. It looked like childhood to me. In my haze and anxiety that day, I hopefully imagined someone down in the hospital kitchen, someone like my mother, mixing up the jello while ignoring the recipe on the box, and instead, slipping in a cup of juice, and with it, a dash of care, a measure of love. 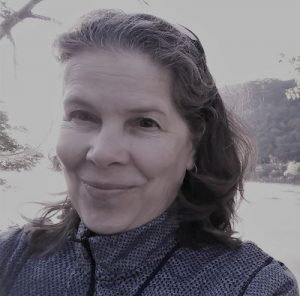 Adrienne Pilon is a writer, editor and teacher. She lives in North Carolina and California. 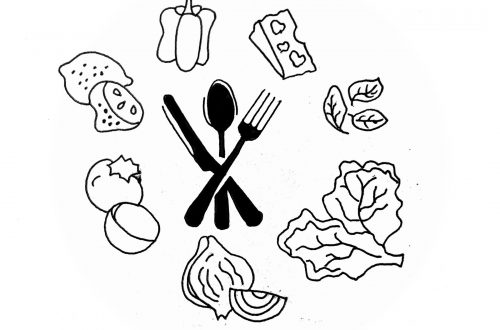 One Meal at a Time