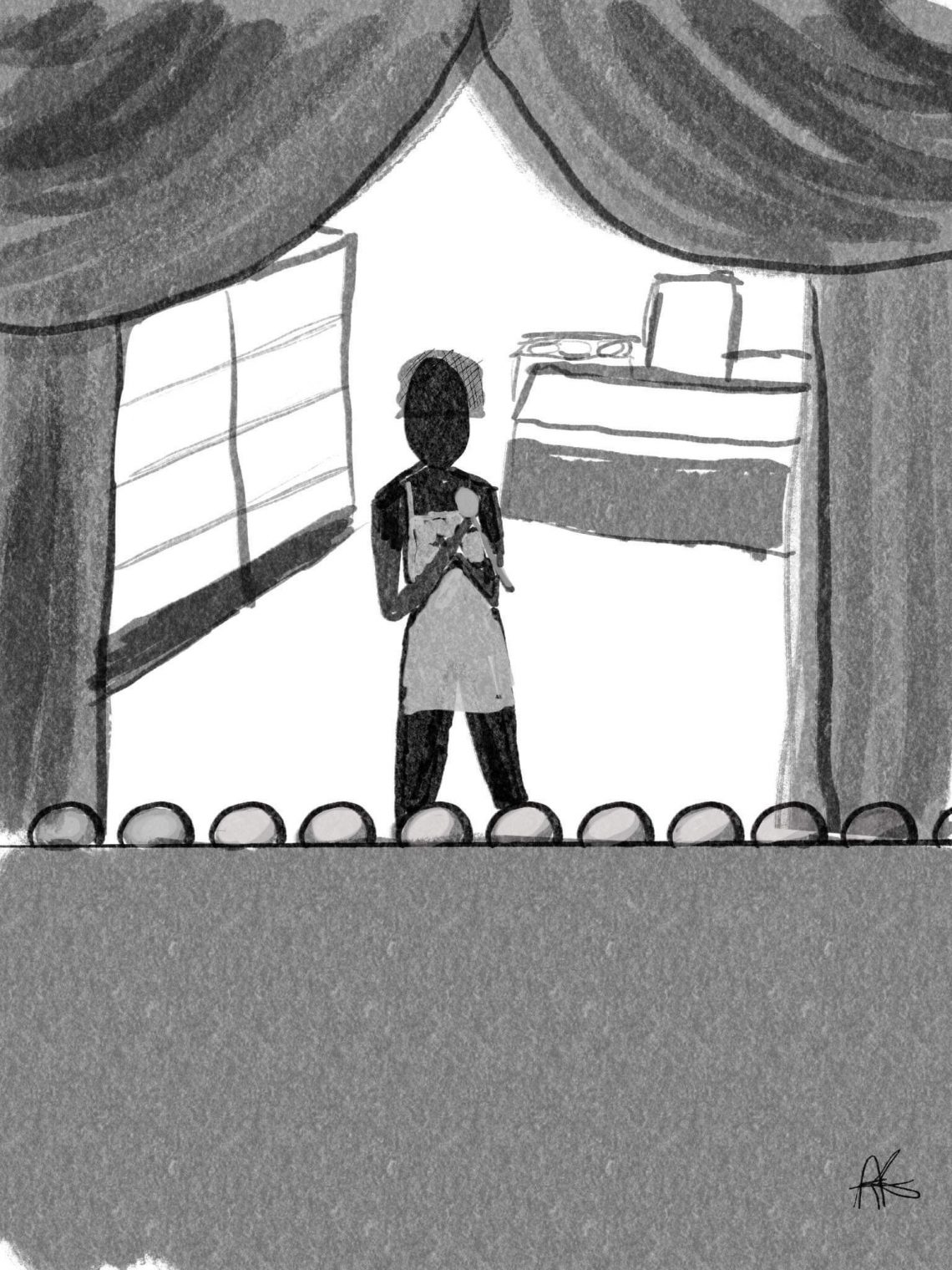 December 2014. I hadn’t worked in six years. I arrived for my interview at Darien High School overconfident. Acting, like I had for decades in the theatre. Several students assisted me in finding the cafeteria, and I went in the exit, much to the visual dismay of the woman at the cash register. I’d later learn her name was Bonnie, and she hated her job. She was good at it, and the pins on her hat celebrating her years of service proved she was proud, but she still hated it. And she hated me as I lifted the rope of the stanchion to get out of her way and into the cafeteria.

Just as I said that Sharon came out looking for me. She was well put together, nicely dressed and clearly in charge. She looked around the servery like a hawk, making sure everyone was on task. The place was like a New Jersey rest stop—several stations selling everything a teenager could want. French fries, pizza, burgers, salads, sandwiches, drinks and stacks and stacks of snacks. Two ladies ran the deli station, which was so popular they had their own cash register and exit that I had just violated moments ago. Sharon took a moment to point out the various stations.

“I make great pizza,” came flying out of my mouth. It was true. Learning how to make pizza from scratch was worth the entire cost of tuition for the one year Culinary Arts Certificate Program I attended at Norwalk Community College and graduated from four-and-a-half-years prior to this interview.

I needed this job. I needed a purpose. I was slowly coming to terms with the fact that my theatre career was sputtering its way to the final curtain. The regular acting gigs I’d had in the past were now gone. I was part of a theatre workshop that was in theory useful for developing my plays, but in actuality it was a time suck that was consuming me like a parasite, using me to continue its mission and leaving me lifeless for my own creative work. Why was I even trying? My mother had been dead for seven years, she was the one who’d instilled in me the need to be famous. Perhaps it was time to finally let her down and get on with my life.  Sharon took me into her office. It was decorated with pictures of her family and had
funny memes taped up to every available surface. A big bowl of candy sat atop the file cabinet. Sharon sat me down and told me about the job. Her eyes sparkled. I stared into them. Eye contact had never been my strong suit. I was afraid people could see right through me, see into my soul, see I was a fraud or wasn’t worthy, or worse they could see my weaknesses. I focused on her, tried not to think about eating all the candy and stared into her eyes like the actress I’d once been. I was eager to work, willing to learn, able to operate a cash register and make change. She asked if I had another job and I did. I’d just been hired to do social media for a local music school and run the store on Saturdays. Eight hours a week. “That’s good,” she said. “Because you need another job to survive in this business. I’ve been here almost thirty years, and I still have to babysit to pay the bills.”

Darien is a wealthy town. How was it possible that the woman who ran the cafeteria in the one high school in the entire district, who ran this highway rest stop for teenagers with all these choices didn’t make enough money to survive? The interview kept going, and I held Sharon’s sparkly gaze. Sharon told me I’d have to learn how to run all the stations and the cash register. They’d give me two shirts plus money for shoes and pants. I sold myself like it was a New York City audition, and I must have said all the right things because a day later I got a call from the director, Priscilla. I got the job.  A couple of weeks, one drug test, a set of fingerprints, and a mountain of paperwork later I was officially employed by the Darien School Lunch Program. I got a call from Central Office that I was to report to work the next day wearing a collared shirt. Now, Sharon had told me they’d give me a shirt, but who was I to correct the board of education? My husband, Dave, scraped together enough credit to buy me a navy blue off-brand polo shirt at Walmart for nine bucks. I wore that shirt every day until the end of the school year. When I arrived at the high school for my first day, in my new shirt, I was introduced to Dorothy. My mother’s given name was Dorothy, and I took it as a sign I was in the right place. She’d died seven years before I even applied for this job, but somehow her death had led me straight here.

Mom had Alzheimer’s, and by the time she died my husband, Dave, and I had spent eight years taking care of her. We had moved back to Stamford, gotten an apartment down the hall from her we really couldn’t afford. At a time when we should have been building a life together, we turned it all around to watch my mother crumble. To this day I struggle with this being the right thing. It upended our marriage, our finances, our future and certainly derailed any momentum I had in my acting career. How ironic. The one thing she instilled in me was the one thing I was unable to achieve. In the end she didn’t want me to be famous. She wanted me to be near her, to take care of her, to watch her degenerate until she was no longer even there. Once she was completely gone we put her in a home where she spent eleven jolly months, happy as a clam. I waited tables at California Pizza Kitchen for a cruel, frugal public and went to visit her every day. My starched shirt and tie smelled like pepperoni. She was happy. I was miserable. The last few weeks I couldn’t force myself to go. When she died I was relieved. Dave and I were shot—physically, financially and emotionally drained. We both had jobs we didn’t like, no social lives. The years of taking care of my mom had stifled us in more ways than we could realize. I had so much anger and resentment built up inside me that I oozed loathing. When panic attacks threatened to consume me as I walked through the revolving door of California Pizza Kitchen I knew it was time to quit.

After a few months of self-pity, I turned to food to heal me. I started cooking, which I’d never really done before, and invited the few friends I had left to dinner. I started blogging about my weekly themed dinner parties. I made food porn featuring the music of local bands. I went to culinary school at Norwalk Community College and graduated with straight A’s. I ended up making a ton of new friends and had a blast, but my blog never achieved my mother’s level of success, and I eventually burned out. But I kept the friends and I kept the food. 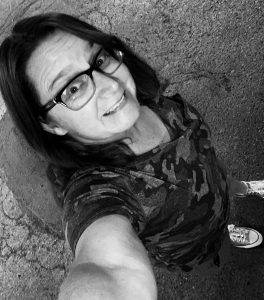 Vanessa David spent over twenty years pursuing a theatre career, which meant she also had a food service career whether she liked it or not. As an actress she worked in Connecticut, New York and Kentucky. Also a playwright, her plays have been published and performed across the country. She worked behind the counter at TCBY and Subway, made cakes at Baskin Robbins and a local bakery, and eventually typecast herself as a server at California Pizza Kitchen. She spent seven years with the Darien School Lunch Program in Connecticut, working her way up from cashier to elementary manager. When that came to an end she wrote her memoir, The Lunch Teacher. She is currently searching for an agent and/or publisher. Follow @thelunchteacher on Instagram for updates. 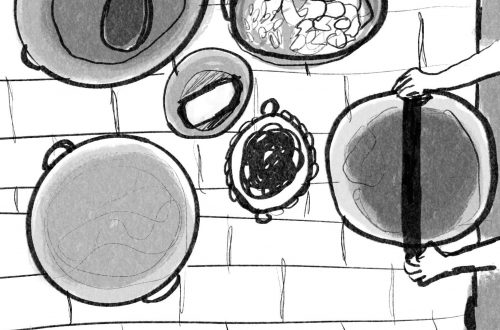 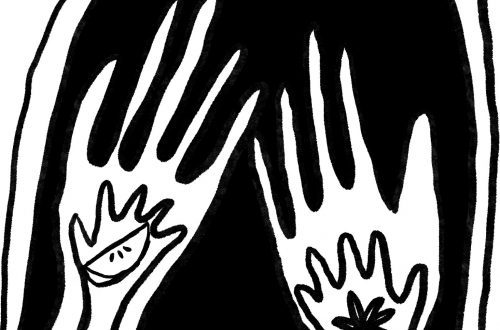