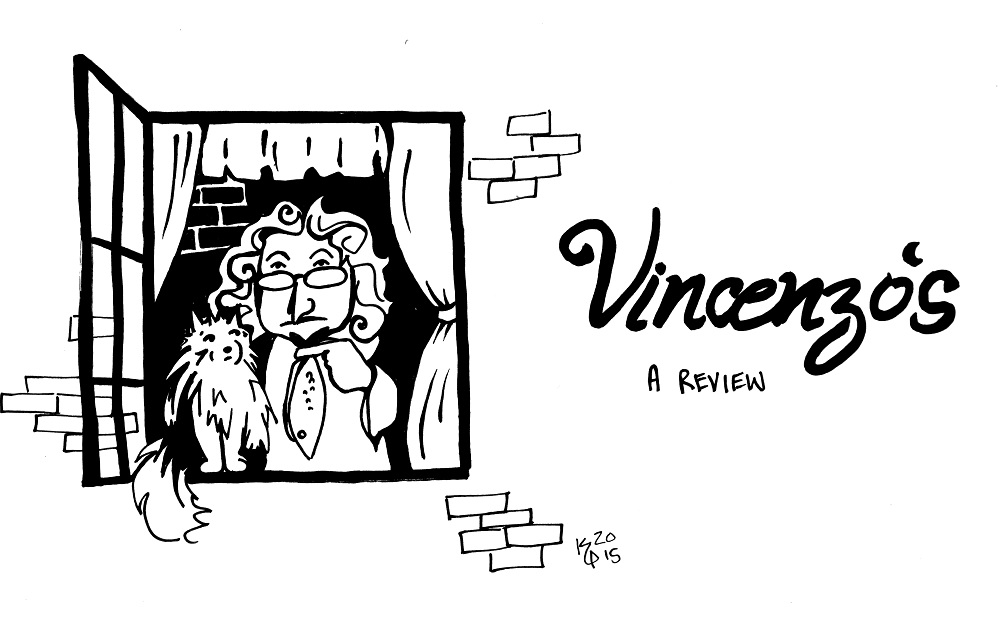 I’ve never been one to write food reviews. In fact, I hate reviews. They seem trite, simplistic, single-minded, and always seem to miss the point of any meal, good or bad. Usually someone is slaving away in a kitchen, pouring time and ingredients in together the way grandma taught them, while some smug punk sits in the dining room, keenly unaware of the heart and soul steeped in the dish, just waiting to shred it to pieces. And most often, the schmuck in the seat has no idea what he or she is talking about. All too often, the reviewer has never actually worked in a kitchen or even behind the bar, leaving his review to show more about his ignorance on the subject of cooking than his prowess as an eater.

You see, Asheville lost a rare bird the other week… an aspiring restaurant critic. Steven Doherty–who wrote under the painfully awkward handle Drexler McStyles–was a witty, acerbic and attentive diner. His reviews, or at least the ones that circulated, were rarely glowing. Always harsh, abrasive, and directly to the point, he often bitched about the lack of proper food critics in Asheville, and unlike the majority of the townspeople who just moan about it, Doherty actually did something about the problem. Maybe he was right: maybe proper criticism does bring a sense of justice, a touch of the invisible hand to an otherwise tourist-driven restaurant economy that often sustains dead horses well past their point of functionality.

So in honor of the late, budding critic Steven Doherty, I give you what I imagine the man would have liked to have seen more of in his brief time on this planet: a gloves-off review of one of Asheville’s oldest institutions, Vincenzo’s Italian Bistro.

Entering the bar at Vincenzo’s is like walking into a Tom Waits song, and not one of the happy ones. A piano player hunches over the keys in the corner playing lounge versions of classic rock and top forty tunes, leaving you wondering whether this is a David Lynch film and waiting for a bearded little person to appear. The carpeted floors muffle the sounds of the crowded dining room, which is—at this moment, the week before Christmas–insanely packed. The old-school, rounded metal cafe chairs buckle under the weight of customers who sit across from their complacent college kids, clearly home from school and joining them for a “big night out to eat in Asheville.” Looking around, one starts to wonder if anyone in this crowd is actually a regular, or if they are all just in for the holidays and this is the only restaurant they remember from when they were growing up here. But something tells me that this place has it’s diehards. After all, Vincenzo’s has promptly cut on their neon lights for several decades now.

Inside it’s dim, the ceiling low, and the liquor… surprisingly cheap! Noting the lack of bourbon, I settle on a Tangueray Gin and Tonic, which clocks in around six bucks! My dining companion, Donnie, gets the same, and we decide to move upstairs to the dining room.

Up the carpeted stairs, past the ceramic Christmas Village in the windows, the main dining room sprawls out and contains massive high ceilings. Patterns are carved into the plaster rims along the walls; they’re painted in bright colors that glow in this dim light. The entire experience is like being trapped in a scene from “The Big Night.” But we’re not in Stanley Tucci’s restaurant. We’re in the other one, the one that didn’t serve good Risotto.

First comes the wine. Donnie selects a Barolo, and blah, blah, blah, it was expensive. Wine will always be expensive at a restaurant, just deal with it. That’s what we heathens get for imbibing with our grub. Luxury does, and should, cost.

The menu is long. Like, fine-print long. Extensive options with variations on risottos, gnocchi, and staple pasta dishes. “This actually looks really impressive!” I remark, pointing out several truly classic Italian staples on the menu. Things you never see anymore: Ossobuco Milanese, Risotto, Cottoletto Alla Valdosta, and a slew of other long extinct fossils, once giants of the culinary landscape of American fine dining.

In all honesty, I’m starting to feel pretty excited! The candlelight, the wine, the extremely polite and friendly servers all dressed in ties and white shirts. The whole thing is starting to make me feel like after all these years of passing by the restaurant, I may have been missing out on a gem. What if this is that throwback relic to classic Italian dining I’ve been lusting after for the last decade?

First comes the Risotto con Funghi. The arborio is painfully dry. Truly. Parboiled rice dry. The large capped mushrooms poke out like mountain peaks among the nearly crispy grains. There is also so much freshly chopped parsley garnishing the dish that it makes the entire plate green. With each forkful, the few grains of arborio look like children tumbling down a giant grassy, herby knoll.

Risotto, by definition, is supposed to be creamy and rich. There should be no free grain of rice left to tumble. They should be congealed into a porridge like decadence, whipped or tossed to exacting perfection. In fact, that is the entire point of eating risotto in the first place, and it damn well better be the point of paying $15.95 for the fucking entree.

I am a sucker for Gnocchi and always have been. The puffy, pillowy clouds of hand made dumpling-like potato goodness are such a turn-on for me that I’m salivating just looking at the description on the menu. So imagine my disappointment when the course arrive. I find Gia Russa prepackaged gnocchi on the dish. You know the kind: it costs $3 per pack at the grocery store. Yes, I said grocery store and gnocchi in the same sentence. Pardon me while I pause to rinse my mouth out.

Atop the firm, lumpy, underwhelming excuse for potato dumplings, sit thin slices of prosciutto (possessing equally thin ribbons of fat) and scallions (for some reason). There was supposed to be a gorgonzola cream sauce, but seeing how the gnocchi is sticking to the bottom of the plate, dry as a bone, I’m guessing that was forgotten. The only highlight is the nice buttery flavor that permeates the dumplings.

One reason an Italian restaurant is allowed to charge prices like this for potato pasta and slivers of meat is because it is supposed to be handmade, not opened from a vacuum-sealed package sourced at Sam’s Club. Cost of the dish: $18.95. That will buy you about six packs of Gia Russa Gnocchi.

Just when I’m ready to throw in the towel, part of our meal is redeemed: Pollo Saltimboca, chicken sautéed in prosciutto, mushrooms, scallions, drizzled with a sage cream sauce, and plopped on top of tagliatelle pasta.

By far, this is our favorite dish. The chicken is cooked perfectly. Tender and moist, with just a slight browning around the edges. The sauce is finely executed as well, with the sage peaking through the cream in all the right places. Cost: $19.95.

Are you kidding me? Dessert? I’m already picturing them opening the box on the cake or the carton of ice cream now. No thanks, we’ll pass. Let’s just get the check and I’ll give you my summary.

What strikes me the most about the comedically bad meal we had at Vincenzo’s was what an incredible and sad picture it paints of the Old Asheville restaurant scene. Sure, Vincenzo’s has a great story. A dish boy works his way up the ladder before buying the restaurant from the Italian founder so that he can move back to Italy. A Rocky-esque story so sweet it could be a movie. But more importantly, there is a lesson here about legacy and quality, and ripeness and rot.

Anyone who works in a trade is deathly afraid of passing their prime, of getting past that sweet spot. A tomato has a moment where it is perfectly ripe. One day later, it will be fine, sure, but it would have been perfect earlier. And conversely, one day before that, the tomato wouldn’t have been ready nor as good. Sometimes it can go that way for a restaurant, too.

I’m not sure when Vincenzo’s hit its sweet spot, but I imagine that as long as it has been around, it must have been something special. It hangs in the air here, glancing down from the chandeliers, like a ghost just wanting to play again. At one point, the risotto was probably done just as it would have been in Italy. The pasta was probably the best you could find in the area. Hell, I’ll bet they even made their own gnocchi. But as time passes, and as your bones ache a little more, you stop wanting to work so hard, and you start to cut corners. You start ordering in the pastas, you start using herbs out of a can, you start trimming away the little details that made your work so memorable. At least I’d like to think that’s what happened to lead to our meal.

It’s sad to me. I was born and raised in this city. I want to remember the places I grew up on as I saw them then, magical places that were sprucing up a shabby city. Restaurants that put my home on the map as a destination for diners, that led me to become someone who now gets to write about food for a living. I want to remember these places as the ones that introduced me to the joys and lusts of food and cooking. I want them to be temples, monuments to an era of innovation that changed the course of my home town.

But maybe that isn’t what they were. Perhaps this was all Vincenzo’s ever was, and all it will ever be. An icon of an era when we didn’t actually know how things could be done, nor how good it could get. A relic of an Asheville where the idea of packaged gnocchi was strange and exotic. 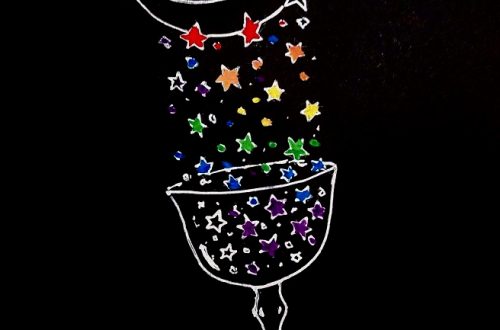 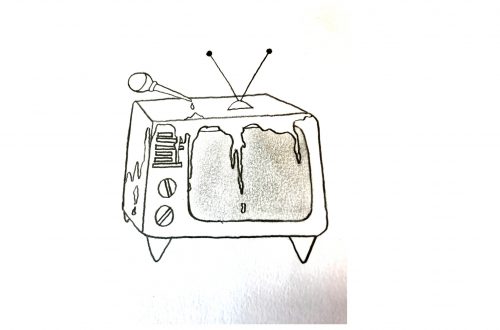