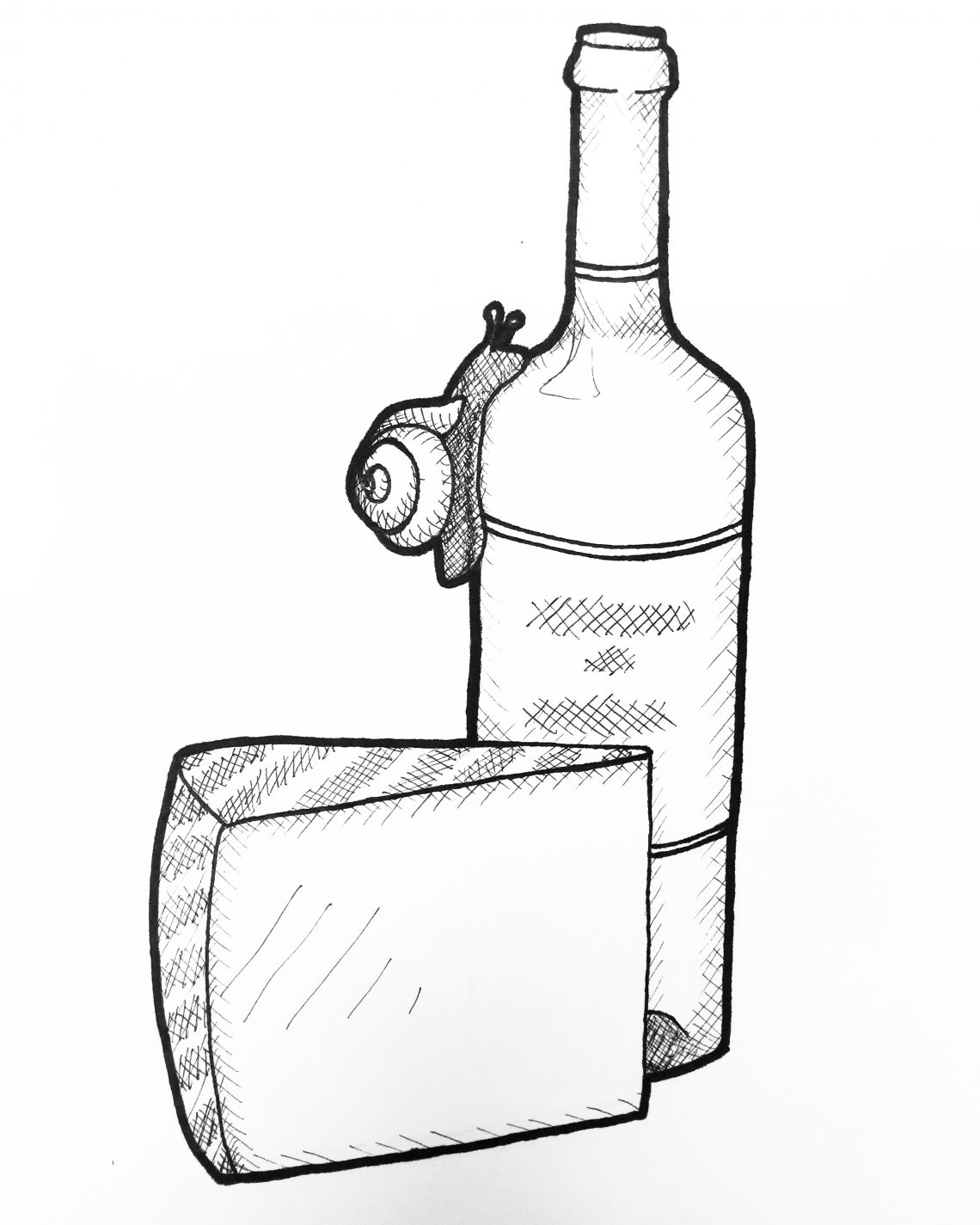 Marilyn’s essay, “You Are Where You Eat,” appears in The Dirty Spoon Radio Hour episode 4, which aired on August 3, 2018.

The sky of Normandy is so blue that painters whose work hangs in the Orsay had to find  new pigment to paint it – so a guide told me.  The sun that shines in the blue Normandy sky makes Normandy grass that is eaten by Normandy cows that make wonderful milk and amazing cheese.  And so the French   (and also European Union) recognize the acidity of the soil, the sweetness of the local water, and the unique  quality of sunlight that go into shaping grass or grape to make food and wine  no mere substance but a concoction of nature and human stewardship; this quality product is identified by labeling as A.O.C. (appellation d’origine contrôlée).  Under the auspices of the Department of Agriculture, the I.N.A.O. (Institut National des Appellations d’Origine et de la qualité ) defines the geographical regions and conditions that allow a foodstuff to be labeled A.O.C. In France, quality regional agricultural products are understood not simply as substance but as substance produced in very special conditions. P.D.O. signifies a like recognition by the European Union.

As an American searching for French family history, the importance of connection to the land highlighted my plight.  My long-deceased mother was French.  She had worked for the underground, been caught by the Gestapo, and put in German prisons.  I came to France to research her history and hoped to learn something from the French family I had recently located – Annie and I were daughters of sisters. But my problem was that I was adopted.   I didn’t know if they knew, or if they knew that I knew.

Before we worked as sleuths researching my mother’s history, my cousin, Annie, and her husband, Christian, tested me to see how French I really was.  They tested me through food.

Annie and Christian lived in a part of France where the neighbors made wine and the grandchildren raised rabbits for the stewpot.  They picked me up at the train station and after exiting their van, I saw the lovely garden in their yard.  Snails weighted the leaves of shrubbery.

“Maybe.”  A vegetarian, I hadn’t yet formulated a position on mollusks.

At dinner our conversation combined food and the war, and it went something like this:

“Would you like to start with Pernod or some red wine? My friend has a farm and he makes this wine. We will have some for dinner. You don’t have to drink the whole thing. Annie spent a lot of time with Grandmother, and Grandmother told her nothing.  Red or white?  My neighbor with the farm, he also raises birds. Do you like pigeon? But you eat birds, yes? Poulet, duck, du dindon. Dindon is what you call it?”

“D’accord, turkey.  Tomorrow, we have fish. Do you like duck?  Confit of duck?  Annie says that of the three sisters, if anyone would do something, of course it would be Andrée but no one knew about the resistance.”

I had eaten neither rabbit nor hare, beef nor veal, not even a frog leg. Not even a snail. How could I claim to be of French descent?

I was redeemed by cheese.

“Roquefort. You can’t get it there. It is not pasteurized. They cannot export it,” Christian said.

“We have bleu cheese.”

“Yes. Like gorgonzola. But it is not the same.”

As I tried this green-veined crumbly cheese, with a salty flavor that became smoky, I had to agree.  Roquefort has a pedigree: it was awarded an A.O.C. (appellation d’origine contrôlée).   The cheese was recognized by a parliamentary decree in 1411. Even Pliny the Elder is said to have remarked on its singular flavor.  Only cheese made from local raw ewe’s milk cheese which has been aged in the village of Roquefort-sur-Soulzon can be called Roquefort.

“How about this one!”

Annie unwrapped a cheese taken from a box. She sniffed the package. Christian sniffed it.  It passed the smell test.  A Camembert, the national cheese of France, made from cow’s milk. A myth has grown up around it.  Pierre Boisard in Camembert, A National Myth, tells the story:  in the 18th century, one Madame Harel, who lived in a house in Normandy with her in-laws, devised this cheese.  There the regional cheese is Livarot; Madame Harel used Brie ingredients in a Livarot mold, producing a hybrid success in the Camembert. Supposedly the idea came to her from a recusant priest hiding in the manor house.

There is even a statue raised to Madame Harel.   In 1926, an American physician, Dr. Joseph Knirim, came to Normandy.  For months, an ulcer prevented him from eating anything but Camembert. He showed up in a larger village in Normandy in the pharmacist’s office looking for train schedules to the town of Camembert. The pharmacist, who was also the deputy mayor, knew that only an American would think it so easy to reach a remote village.  Still, the pharmacist, August Gavin, helped the American, who went to lay a wreath on the grave of the woman credited with creating Camembert.  Before Dr. Knirim left, he gave Gavin twenty dollars to go toward a statue of the founder.  Locals pitched in and the statue was raised. This was a boon to the cheese producers because they had only recently been denied in their application for an A.O.C.

The I.N.A.O. said Camembert was not truly a regional, but was, in fact, generic.

Long story short, camembert never was recognized with an A.O.C. in itself, though the local Camembert de Normandie received one in 1983 after a great deal of wrangling.

“A bleu cheese, a goat cheese, a soft cheese – that is the basis of the French cheese course,” Christian explained. “You can have more than one soft cheese.”

And, indeed, we did.  I shiftedfrom the Crottin de Chavingol to a Normandy Camembert. I could make a meal on this cheese.

At the end of the meal, my cousin Annie asked me, “Would you like anything else?”

I was still looking for the opportunity to tell them I was adopted. Considering the way that the French were purists about quality ingredients, I wondered if I dare label myself half French.  Would I be the camembert among the Roquefort? Generic.

Before I would tell them, I could yet prove myself.

“The cheese—the one that stays outside the house” – too pungent to stay inside, it sat in a little cheese cage on the patio table– “the wild cheese, may I have some of that?”

“You are truly French,” Christian said..

(Turns out they already knew I was adopted.)

As we sat back to enjoy the imminent post-prandial dip, Annie remembered something from the war. Grandmother loved popcorn. My father, an American Army officer, brought her those kernels when he courted my mother. No one in the family had seen anything like the exploded white puffs.   Although Grandmother possessed photographs of the other sons-in-law, she made a shrine to my father, giving his Army helmet a permanent place on her buffet. 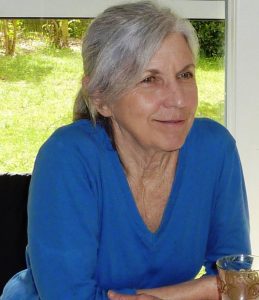 Marilyn Moriarty has published essays in The Antioch Review, The Kenyon Review, Creative Nonfiction (a 2015 Notable), and River Teeth.  A professor of English and Creative Writing at Hollins University, Roanoke, VA, she is finishing a book about her mother’s activities during World War II. 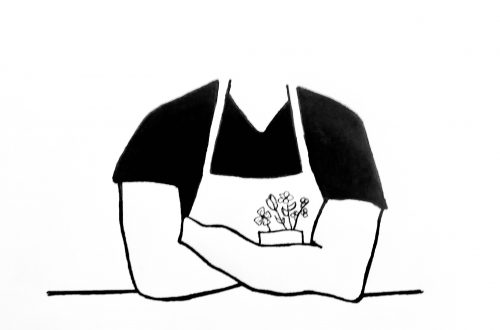 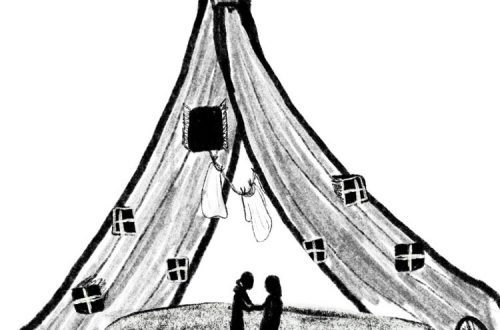 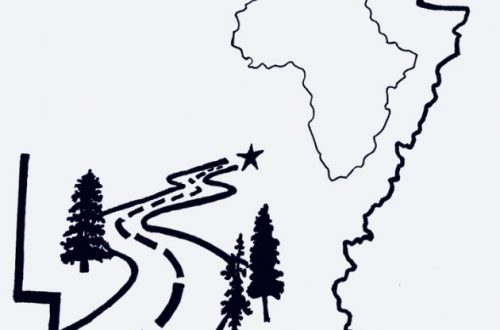 Field Peas for All Eternity