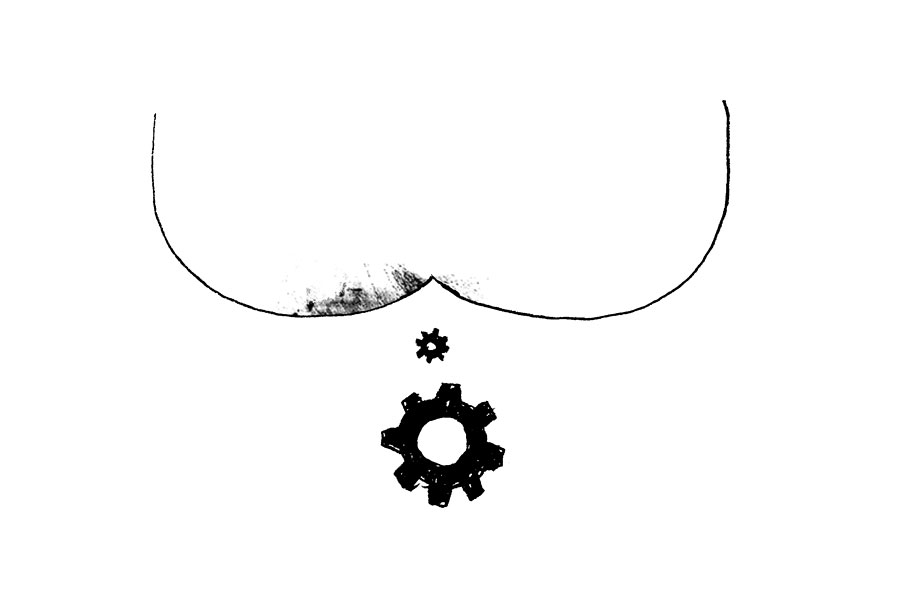 The industry tells me to imagine it…to picture it…to close my eyes and wait: can you taste it? The possibility of it all?

In fact, what they’re telling me is waiting on the widespread horizon for the food industry horrifies me.

But we can. Because today we have a machine called the 3D printer.

You’re probably familiar with the concept by now. Within the last 10 years, 3D printing has been pushing innovation in certain niches to their limits, especially when it comes to manufacturing supplies, medical devices, and toy pieces. 3D printing is appealing because it’s super affordable in the long run. Like getting solar panels for your home, it’s an investment up front that can pay off in dividends from saved costs later.

Like getting solar panels for your home, it’s an investment up front that can pay off in dividends from saved costs later.

Now, companies and restaurants are venturing into 3D printing for food.

When I think of 3D printing for food, I immediately imagine ingredients akin to something like freeze dried ice cream, you know: the kind of crumbly, silver-wrapped foods they feed astronauts on space stations. But as I started down the rabbit hole of research into the 3D food world, I discovered a few pioneers, people who are obsessed with printing and what it can do. Remember Willy Wonka’s factory and the piece of gum that contains a delicious 3-course meal you can taste in a few chews? 3D printer companies are going after that kind of compact experience: making something big from something small, practically nonexistent, a few base materials. And the makers of 3D food printing solutions are specifically seeking to answer the long-term question we all are: if we’re pursuing the idea of technology replacing a limited food supply (whether it’s because of seasonality or geographic availability or rising costs), how can we replicate the freshness and depth of experience? Is that even possible?

One company believes it is.

At the forefront of the 3D food movement is one pioneer who has dominated the press: Natural Machines, creators of the “Foodini.” Lynette Kucsma co-founded the company in Barcelona in 2012, and they launched as the first 3D food printer to make both sweet and savory foods using…get this…fresh ingredients.  They first focused on sweets, which were easy to print, but eventually proved too expensive to offer the public at a price that would be profitable. They wanted to turn their attention to more “wholesome foods.”

In 2014, Natural Machines launched Foodini to the world, a 4.7 inch high, Android-powered 3D food printer. Foodini users just need a Wi-Fi connection to choose recipes from Natural Machines’ community site, which they can also do remotely from a smartphone or tablet. They can choose from a library of food shapes or create their own to print. Up to five food capsules can be loaded into the printer at one time. But they have to fill it with their own rough ingredients. It also has different nozzle sizes to accommodate different textures which means additives such as maltodextrin aren’t needed in the food to hold its shape. Foodini isn’t suited to print every type of food, nor was it ever intended to; rather that there are certain foodstuffs that a 3D printer excels at, such as crackers or certain pasta shapes — Foodini’s smallest nozzle size can print as thin as 0.5mm, which would be hard to achieve by hand.

And therefore they answer my biggest question: Why would anyone want to 3D print food if it doesn’t solve a supply problem or a problem of time?

The “Foodini,” as it’s called, isn’t too different from a regular 3D printer, but instead of printing with plastics, it deploys edible ingredients squeezed out of stainless steel capsules. In essence, this is a mini food manufacturing plant shrunk down to the size of an oven. Foodini isn’t trying to solve world hunger…they’re just trying to make the world of the professional or home chef a little easier and more convenient.

At first glance, I think Foodini is something that was invented for lazy people.

Press a button, and voila, your ingredients are there. Instant ravioli, crackers, pasta.

In their words, Natural Machines says that the Foodini is valuable because “today, too many people eat too much convenience foods, processed foods, packaged foods, or pre-made meals – many with ingredients that are unidentifiable to the common consumer, versus homemade, healthy foods and snacks. But there is the problem of people not having enough time to make homemade foods from scratch. Foodini is a kitchen appliance that takes on the difficult parts of making food that is hard or time-consuming to make fully by hand. By 3D printing food, you automate some of the assembly or finishing steps of home cooking, thus making it easier to create freshly made meals and snacks.”

Take an example of ravioli.

How often have you made homemade ravioli? Now, Foodini will print individual raviolis for you.

The 3D printing of food – in this case, creating a layer of pasta, a layer of filling, and covering it with a layer of pasta again – is assembling the ravioli. The same as you would do by hand, except Foodini automates it: you don’t have to manually do all the work. After Foodini is done, put the ravioli in boiling water to cook.

Currently, the device only prints the food, which must be then cooked as usual and it sells to professional kitchens for around $4,000. But a future model will also cook the preparation and produce it ready to eat. This is where the entire food industry could pivot, but we’re not there yet.

This is where the entire food industry could pivot, but we’re not there yet.

In the meantime, Foodini is focused on the next phase: trying to solve the problem of having folks supply their own ingredients for the printer. The company is working with major food manufacturers to create pre-packaged capsules that can just be loaded into the machine to make food, even though they assure these will be free of preservatives, with a shelf life limited to five days. It could be the next Blue Apron or Sunbasket, a meal kit for your printer.

It’s hard for me to like it. But we have to remember that just a few decades ago, our culture had the same issue and apprehension around the microwave oven. When it was introduced, we assumed our food could be poisoned with radiation, but fast forward 30 years, and there’s one in every household.

You could make the same argument against 3D printer ingredients as you could about processed food: it may not be the freshest, or support the farm to table concept, but it does save time. And time is scarce.

Right now, 3D printed food seems more a frivolity, a way to mix art with technology, than a way to solve food supply issues. Food Ink, for example, premiered the world’s first 3D-printed pop-up restaurant. The Food Ink gastronomic pop-up experience takes place in an immersive futuristic space filled with wall-to-wall visuals and AI-composed music. Everything is completely produced by 3D printing, including furniture and utensils. The food does look incredible. Think intricate flower designs, gorgeous pastry cups, professionally sculpted pates. Their tagline is “taste tomorrow today.” But they haven’t posted or appeared anywhere since last spring, over a year ago, just after they began their world tour. It seems they have disappeared into thin air.

Elaborate pop-up events aside, there are smaller, direct to consumer technologies available now.

The Hammacher Schlemmer catalog features a 3D Pancake Printer. Using a combination of compressed air pressure and vacuum suction, it reproduces drawings and designs on a griddle by strategically dispensing your batter. You just select the design at the touch of a button. Imagine making pancakes shaped like a spaceship or the Mona Lisa. It’s whimsical, but again, it’s as helpful as an ice cream maker when it comes to deepening the food experience. And it’s definitely not solving any major issues.

Will 3D food printing be possible to scale on, say, a mass production level that can feed a community in need? Probably not anytime soon. But there are whispers among the community, and I’m sure that somewhere at this very moment, in a lab, in an office, someone is pushing a button and patiently waiting, testing, printing, and making notes for yet another test sample of food to usher us into an era for which most of us may not be ready. 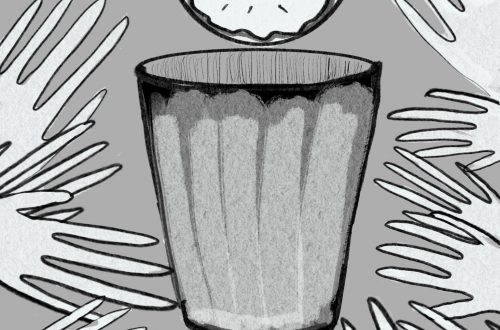 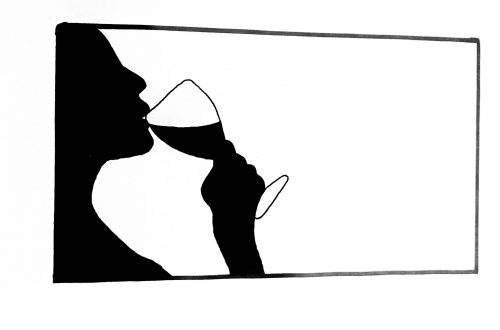 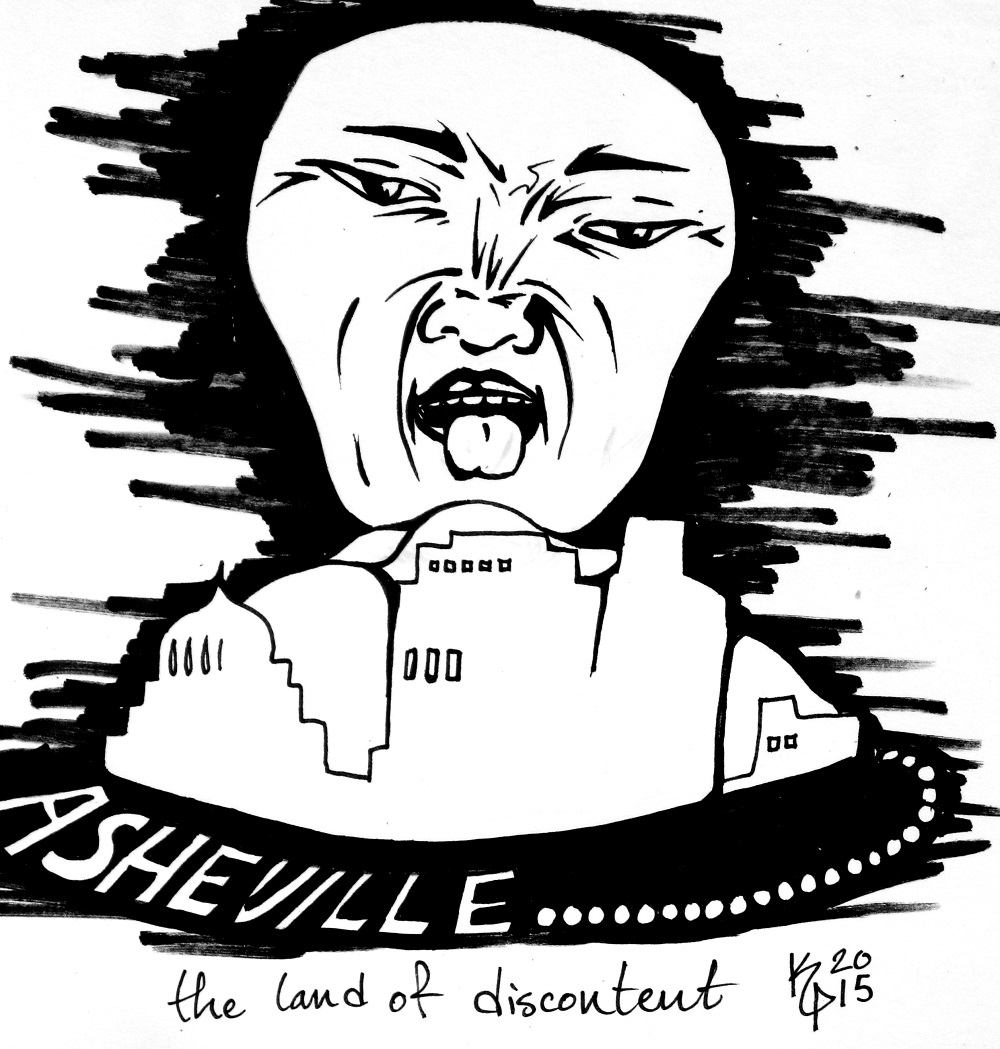 Asheville: Land of the Discontent